Each fall, the St. Paul congregation hosts the community-wide Guest Speaker Series. The church brings persons of national stature to the Quad Cities – sparking new ideas about what it means to live faithfully. This event reflects St. Paul’s mission to serve as a learning center for our people and the entire region. 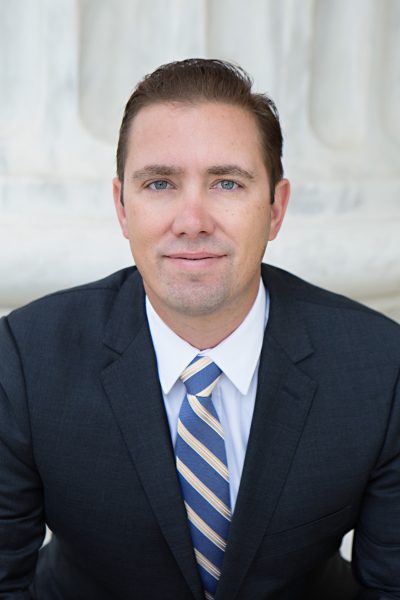 Shon grew up in David City, Nebraska. After trouble catching on to college, he found himself in a local bar with a buddy. They talked about robbing a bank. That turned into committing five armed bank robberies before being apprehended. Sentenced to 10 years in the federal prison at Pekin, Illinois, Shon wasn’t sure if he could survive a cell block.

Shon slowly taught himself criminal law and began to help fellow inmates. He wrote one petition to the Supreme Court on a typewriter. It was chosen to be heard from over 7,000 other petitions submitted by the greater legal community that year. The Justices voted 9-0 in favor of Hopwood’s petition when the case was finally heard. What might have been considered luck by some, was dispelled when a second petition from him was selected to be heard by the Supreme Court.

Shon was released from custody in April 2009. After his release, he earned his bachelor’s degree, then was accepted to the University of Washington School of Law. He served as a law clerk for Judge Janice Rogers Brown of the U.S. Court of Appeals for the District of Columbia Circuit. He passed the bar. He’s now an associate professor of law at Georgetown University Law Center, Washington, D.C.

Over the years, Quad-Citians have met renowned leaders through St. Paul’s Guest Speaker Series. All have authored books that can be found in the church’s Book Corner.

2010: Bill McKibben, environmentalist on the impact of global warming

2001: Dorothy Bass, developer of resources for living the faith