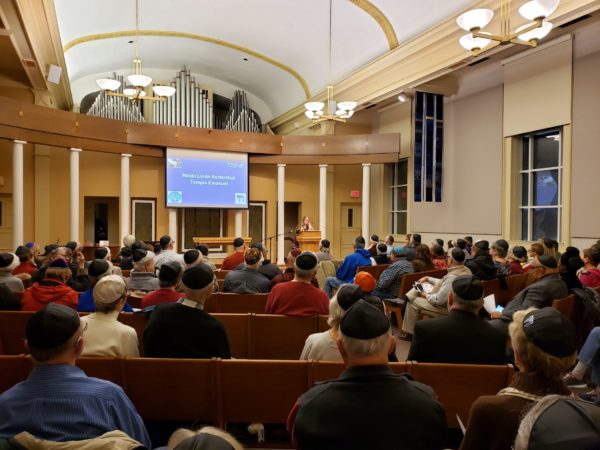 Editor’s note: The Quad-Cities community gathered Thursday at St. Paul to hear words of reflection from Jewish, Muslim, and Christian leaders, and to receive a kippah to be worn today, Friday, Jan. 31, in solidarity with the Jewish community. Pastor Peter A. Pettit, St. Paul’s teaching pastor, was one of the leaders who spoke. The community is welcome to attend Shabbat at 6:30 p.m. at Temple Emanuel, 1115 Mississippi Ave., Davenport.

First, it is a kippah to build empathy. To generate understanding – our understanding of the experience of those for whom the kippah has begun to feel like a target. That means we are looking to feel discomfort. Not the discomfort of the kippah itself, but the discomfort of the questions it will arouse, the odd looks we may get, the explanations we will have to offer, perhaps even an abusive comment or gesture.

For us as Christians, moving toward that discomfort is a reminder of the incarnation. It recalls that none other than God moved toward us, personally experienced our suffering and pain and even death. God moved toward us to know fully and feel fully what it is to live as the creature, not just the Creator.

It is similar for Jews, because rabbinic tradition affirms that when Israel goes into exile, in any of its many exiles over history, God goes into exile, as well – right along with God’s people. So God knows the alienation, the heartache, the sense of dislocation and being off-kilter that comes from not being able to feel entirely at home.

Empathy, feeling what another feels – that’s the first dimension of a solidarity kippah.

The second dimension is that the kippah is a witness to our common humanity. The kippah on a Jewish head now triggers animosity, abuse, denigration, dehumanization. If that is the symbol that is attacked to de-humanize, then in this situation it has become the symbol that embodies the Jew’s humanity most fully and meaningfully.

So wearing the kippah alongside a Jew becomes my way of affirming that fulness of human value and dignity. Does the kippah offend the bigot? Then the kippah must be what I embrace to counteract the bigot. Only when all who wear the kippah are recognized in their full humanity can I count my humanity also as full. Wearing it becomes a witness, a way of making the statement, that we are all equals.

Empathy and witness – these are the dimensions of this solidarity kippah. 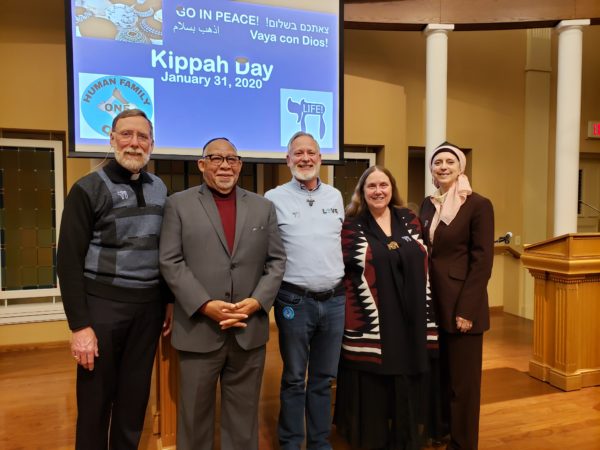