A life of music

He graduated from Pleasant Valley High School, she from Cedar Falls High School. They both pursued music degrees at the University of Northern Iowa. But it was a cafeteria across campus where Benjamin Klemme and Deborah Coltvet first met.

They married while completing graduate school at the Cleveland Institute of Music, 10 years ago last month. Today, they dedicate their professional lives to creating music.

“Being a 21st-century artist means, for many (including us), leading ‘portfolio’ careers, that require combining many aspects of music-making: performing, teaching, traveling, administrating, presenting, and writing, among other things.

“It can sometimes be a challenge to remain both grounded in and focused upon the art form about which we are so passionate. Finding the inspiration that gives us the energy to engage in the creative process day in and day out is something that we endeavor to do with mindfulness,” the two say. 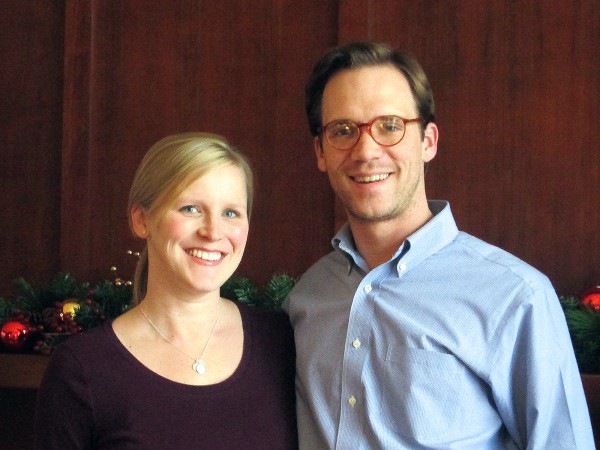 Deborah began studying the violin at age three with her mother in Camrose, Alberta, Canada. She is a first violinist with the Quad City Symphony Orchestra, and has been a member of numerous other professional orchestras.

For the past seven years, she has been a member of a Nashville-based band headed by Keith and Kristyn Getty, whose original songs (most famously In Christ Alone) have been dubbed “modern hymns” and feature an Irish flavor. Deborah has toured the world and recorded four CDs and one live DVD with the Gettys.

The couple are the parents of two boys, Simon, 4, and Winston, 2.

“We both find music to be capable of nobility, purity, and beauty, and feel privileged to spend our working hours pursuing excellence through artistry.

It is a joy to make the world more lovely through our work, and in doing so, we endeavor to glorify the Creator of all good things,” they said.