A picture of friendship

They first met as neighbors at Bickford Senior Living, Davenport.

Josie Moeller and Janet Likely became friends over a shared love of the Chicago Cubs, Josie’s daughter Darlene Schluensen said. They encouraged each other – for example, when one wasn’t sure about going to the dining room for meals, the other would be there to give a little nudge.

One day in early March, when they were on their way to dinner, a staff member at Bickford captured this photo: 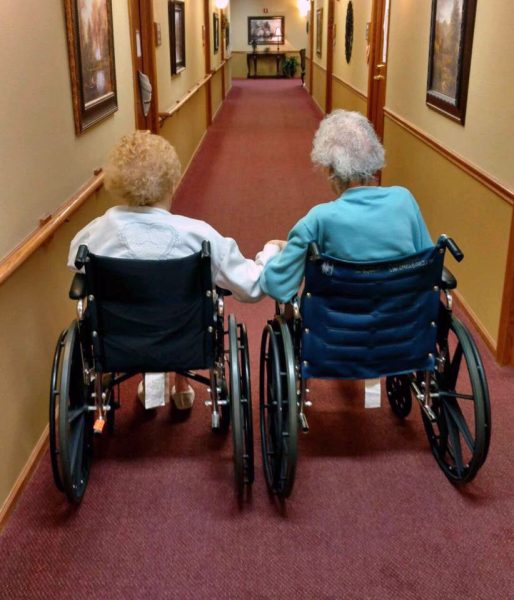 “Janet’s gone, isn’t she,” Josie said, thought no one had told her of Janet’s passing.

Both women had lives filled with work and care for their families and others – Josie was 96, Janet was 91.

And at the end, they had the best in a friend.