A voice in the wilderness: Cinder block classroom 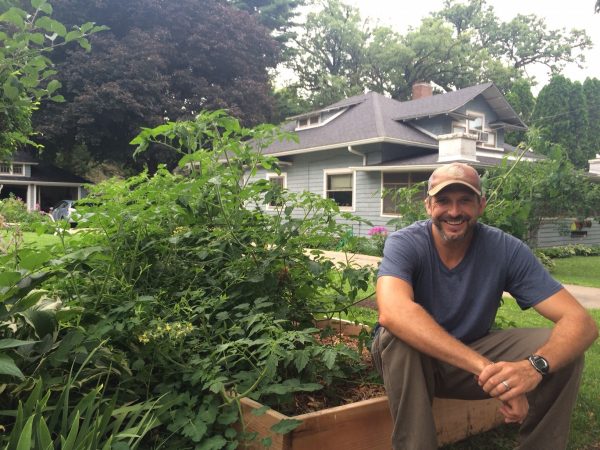 This fall, I began teaching a course called “Lives that Matter” at the East Moline Correctional Center. The course is part of a “Graduated Release Initiative” that offers incarcerated individuals support before and after their release from prison to try to reduce the chance of recidivism.

Through the five-week class, students read essays, short stories, and poems that deal with vocation—that is, with the meaning and purpose of their lives.

During our first session, in our cinder block classroom, I drew a Venn diagram on the whiteboard and talked about finding that “sweet spot” when what we’re good at and what we’re excited about intersects with what a community or a person most needs. I spoke about taking care of my father when he was in hospice care. I was capable of emptying his catheter bag and he needed someone to help him die with dignity. I felt called—absolutely no doubt about it.

I asked the students to share a time when they felt that they were (or would be) exactly where they should be, doing work that needed to be done. A few talked about the satisfaction they felt when they fixed up a house or an old car. A number of them talked about returning to the vocation of fatherhood once they were released. One student, though, said this:

“I’ve already failed in my calling to be a father. I’ve been in prison for almost all of my son’s life. Another father raised him. He’s now grown and in the Marines. While I sometimes think about trying to be a dad again, I know that I shouldn’t have another kid. I’ve got to figure out who I am.”

His words moved me, and I relate to them. Although there are moments when meaning and purpose fall into place, most of my own life has been spent straining to hear God’s voice and learning how to move on after I’ve failed at something or, worse, failed someone.

I think many of us need to listen and wait for that still small voice reassuring us that our lives matter.  The men in prison have learned how to wait. This Advent, I hope to learn from them about how to move on when doors shut. How to wait. How to hope.

Jason Mahn lives in Rock Island and teaches theology at Augustana College. He and his spouse, Laura, have two boys, Asa (12) and Gabe (10). To sign up to receive St. Paul’s daily Advent devotions, visit ow.ly/TGYC5.