Our 3-year-old grandson, Ryan, while visiting from Colorado last summer, saw fireflies for the first time in his life. He was fascinated. I take for granted this spectacular summer display, as I grew up in Illinois and Iowa. It never occurred to me that fireflies are not typically seen in Evergreen, Colorado. They prefer warm, humid environments. With pure enjoyment, Ryan chased those illuminating insects on that hot summer night.

Shortly after Ryan’s discovery, I decided to continue his fascination with the fireflies and came across instructions on how to construct some glow-in-the-dark replicas. With a plastic spoon, glow-in-the-dark paint, black cardstock, bubble wrap, and glue, I fashioned a small swarm of fireflies and shipped them off to Colorado. They are now attached on Ryan’s bathroom mirror, illuminating the night after bedtime brushing of teeth and lights out. 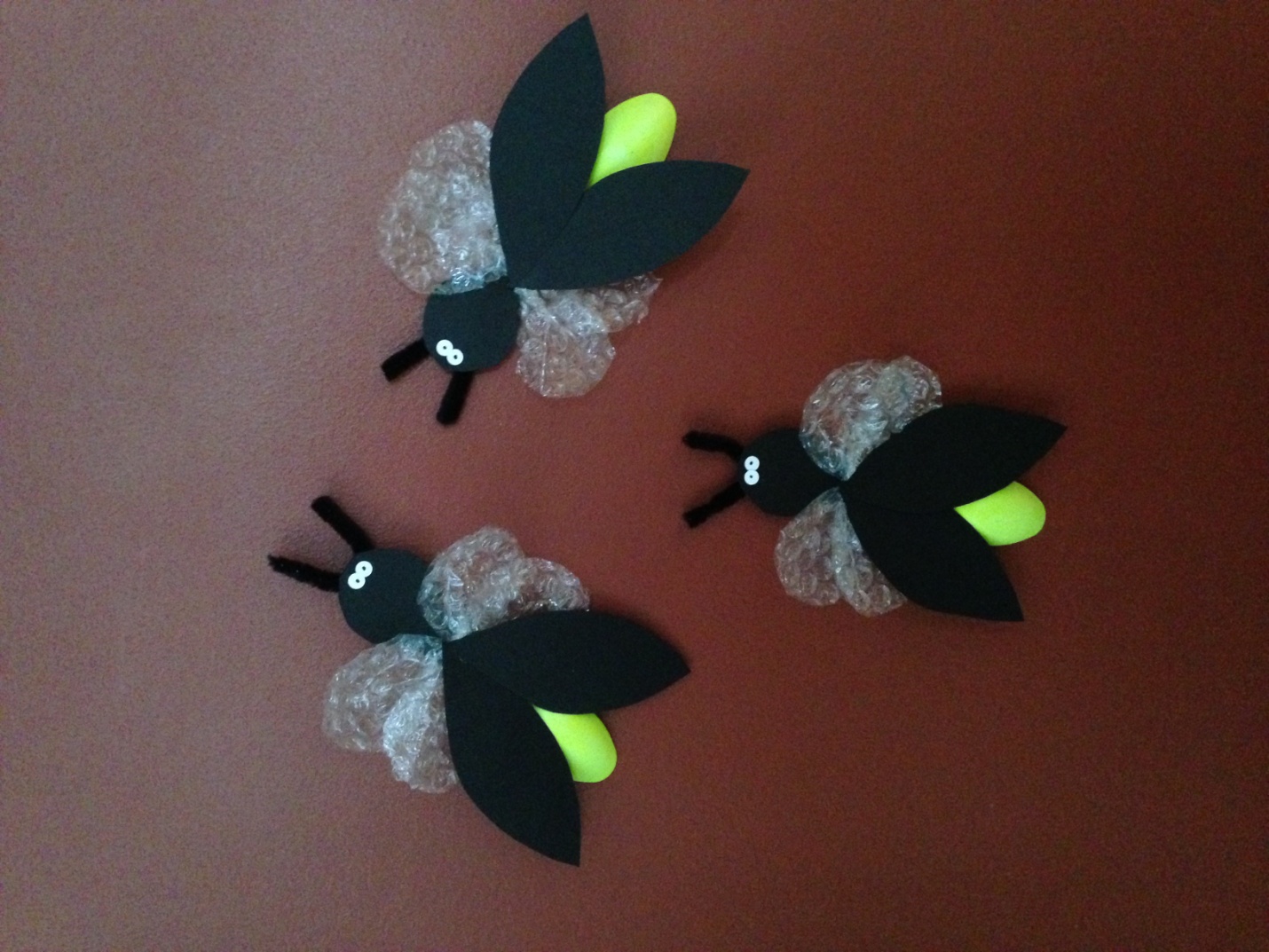 Reflecting on the theme, Light in the Darkness, I can say with certainty that the last two years have been difficult. In April 2016, my mother died after suffering years from the debilitating effects of Alzheimer’s.  Then in late December last year, my husband John became ill and has endured a lengthy recovery. I come from a long line of worriers. However, to help with my fear and doubts, I have looked to God every day for God’s presence and promise. John 1:4-5 says “in Him was life, and the life was the light of all people. The light shines in the darkness, and the darkness did not overcome it.”

Because of my grandson, I learned an interesting fact about fireflies. Bioluminescence begins with the egg and is present throughout the entire life cycle. My 3-year-old precious grandson helped me see these beloved insects in a wondrously new way. One light goes on and off, and another goes on and off, a constant flickering reminding me of Christ, the Word, bringing light into the world.

Pam Crowe is a member at St. Paul Lutheran Church. She lives in Bettendorf with her husband John and is “Oma” to five beautiful grandchildren.

Sign up to receive daily Advent devotions by email.