The supper of the lamb: A culinary reflection

Before she packed up and headed for seminary in Chicago, Amy Diller had earned a bachelor’s degree in culinary arts. She worked for the Kohler Company in Sheboygan, Wisconsin, which owns a string of resorts and restaurants along Lake Michigan.

“I got to spend time cooking with very talented people,” she said.

While studying in seminary to become a pastor, Amy worked at a variety of Chicago restaurants. 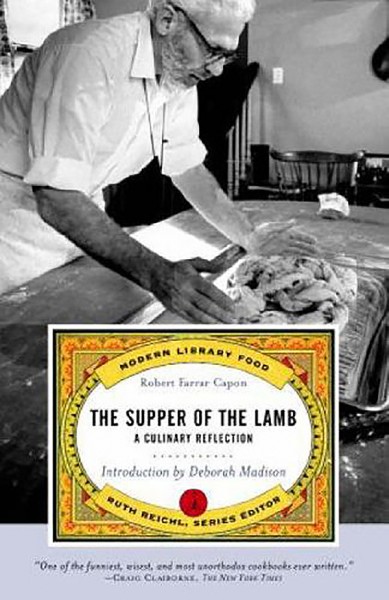 Now, as a pastor at St. Paul, Amy is combining her love of food and theology with a three-week series based on the book, The Supper of the Lamb: A Culinary Reflection by Robert Farrar Capon. It will be held in the Luther Loft, 10:45-11:30 a.m. on Sundays, beginning April 17. The book is not required, but is available for purchase in the Book Corner. People can drop in on one, two, or all three sessions.

“It’s really well-written, and quirky,” Amy said. “It talks about food in context of the Bible, worship, and the Christian faith.”

The Supper of the Lamb was written by a passionate chef, who also happened to be an Episcopalian priest. Robert Farrar Capon shared his skills as a chef and priest by combining them. He created a cookbook that discussed his theological insights.

“There is a habit that plagues many so-called spiritual minds: they imagine that matter and spirit are somehow at odds with each other and that the right course for human life is to escape from the world of matter into some finer and purer (and undoubtedly duller) realm,” he wrote.

“To me, that is a crashing mistake – and it is, above all, a theological mistake. Because in fact, it was God who invented dirt, onions, and turnip greens; God who invented human beings, with their strange compulsion to cook their food; God who at the end of each day of creation, pronounced a resounding ‘Good!’ over his own concoctions. And it is God’s unrelenting love of all the stuff of this world that keeps it in being at every moment.”

For example, Capon dedicated an entire chapter to parsley and onion – on being able to slow down in a fast-paced world and really see all of God’s creations.

“(Humanity’s) real work is to look at the things of the world and to love them for what they are,” Capon wrote. “That is, after all, what God does, and (human beings were) not made in God’s image for nothing. The fruits of (their) attention can be seen in all the arts, crafts, and sciences. It can cost (them) time and effort, but it pays handsomely.”

One comment on “The supper of the lamb: A culinary reflection”