At Checkpoint Charlie, from West Germany into East Germany, guards with machine guns climbed onto the Wartburg Choir tour buses. The guards meticulously looked over documents and investigated the wigs that women wore (a fashion of the time). East German guides boarded to accompany the choir at all times.

The year was 1970, and the choir was on its way to visit Wartburg Castle – the place where Martin Luther sought refuge 500 years ago, and translated the New Testament into German.

The difference between West and East Germany was stark.

“It was like going from a color picture to a black-and-white picture,” said Steve Tendall. Steve visited the castle as part of a seven-week Wartburg Choir tour of Europe. Fellow student and now wife, Rosita Tendall, visited four years later on a similar tour.

In his journal of the trip, Steve wrote about the trek to the castle for a one-day experience.

“This morning, we took a small tour of Eisenach, and then headed up to what we all had been looking forward to, the Wartburg, one of the most famous castles in Europe. Also, our heritage! Wow!”

According to castle caretakers, it is the most visited Luther site in the world, attracting 350,000 visitors every year. It provided refuge for Martin Luther for 10 months after he was ostracized and excommunicated by Rome following his refusal to recant his 95 Theses at the Diet of Worms in 1521. It was here that Luther – called Junker Jorge during his stay – started translating the New Testament from Greek into German, laying the foundations for a standardized German language. The Luther Room – where Luther lived and worked during his time at the castle – is one of the most important spaces in the castle.

Originally built in the Middle Ages, the castle overlooks the town of Eisenach. Its cornerstone was laid in 1067, and its first mention in a written document came in 1080. Although the castle today still contains structures from the 12th through 15th centuries, much of the interior dates back only to the 19th century.

It was named a World Heritage site by UNESCO in 1999. The organization describes the castle: “Lutherans the world over know of the castle as the very place where Martin Luther
made his translation of the Bible. The veneration of Saint Elizabeth, which extends far beyond the frontiers of Germany, includes Wartburg Castle where she lived and worked. The patronage of Hermann I, Landgrave of Thuringia, occupies an extraordinary place in the creation of a national literary tradition.

“In poetry and in legends, Wartburg Castle, the medieval Court of the Muses, bears an undying reputation through the names of Walther von der Vogelweide and Wolfram von Eschenbach. While these authors represented the first steps in German literature, and Martin Luther’s translation of the New Testament marked the creation of a unified and accessible written German language, Wartburg Castle is also associated with the beginnings of a bourgeois and democratic nation, through the content and effects of the Wartburg festival of German students’ associations.

“From the very earliest days of its existence, this fortress of the Landgraves of Thuringia has repeatedly acted as a venue for and witness of historic events and activities worthy of renown as a monument to national and world history.” 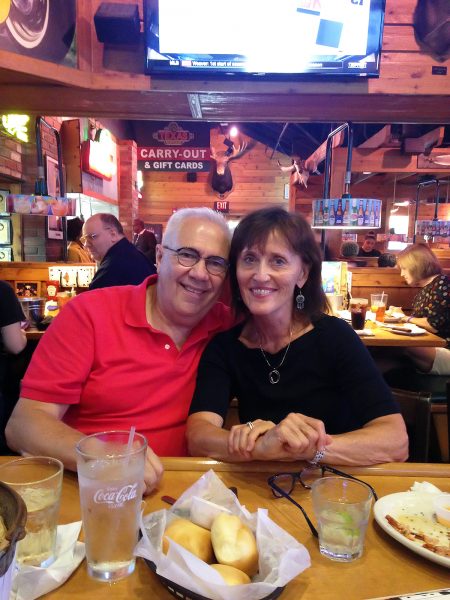 Each tour bus had an East German guide to watch over their activities. Both Steve and Rosita’s choirs bent the  ordered “no singing in East Germany” rule from time to time. Rosita’s college graduation ceremony was held at the castle.

“The castle really is picturesque,” Rosita said. “We weren’t allowed to go inside, so our graduation was held outside. We sang quietly.” Steve recalls his group’s guide crying after hearing them sing. The cost of the entire European tour was $600 for Steve, $850 for Rosita. They drank beer with Germans, ate food they had never encountered before, took in operas and art and architecture and history, and sang beautiful choral pieces in stunning places.