A mural for Madison

Editor’s note: Thompson Teasdale is a student at Grinnell College. He is spending the semester in a humanities research seminar at Chicago’s Newberry Library, an independent research library. This summer, he completed a mural for Madison Elementary School through the St. Paul Neighborhood School Partnership. He recently answered a few questions about the work. 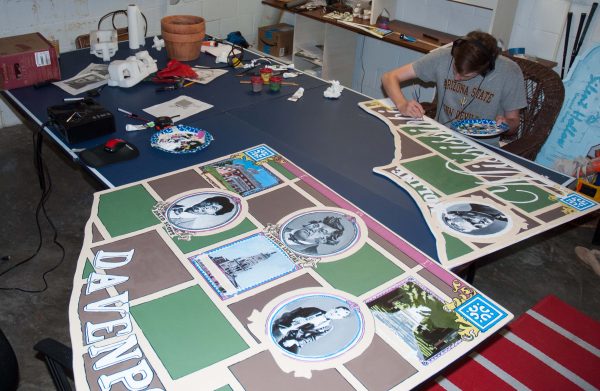 How did the concept of the mural come to be?

I knew from the start that being interested in area history and scenery that I wanted these things to be the main subject of my mural. However, I wasn’t really sure how I wanted to actually portray them, and I went through several different design iterations trying to find some way to portray them all in an interesting and relevant way. The mural was designed for a rather thin space, and is rectangular in nature, being about 21 feet by 4 feet, so the design also had to be rather thin and long. I don’t remember exactly how I came up with it, but it eventually just clicked, and I realized I wanted to involve the Mississippi River. I had already wanted to mess around with cutting the panels in interesting shapes to make the presentation more interesting, so I settled on the idea of cutting out the Mississippi River and then arranging the portraits in their historical locations along the River.

How did it change as you went?
Originally it was to be much larger, stretching from Buffalo in the south to LeClaire in the North, and with many more portraits in each area, but I quickly realized that I was overdoing myself and that the project would simply take far too long if I kept it as large as I wanted. I wanted to get it to the school for everyone’s enjoyment within the next year or two, so I had to cut it down overtime. I tried to keep the general area intact, though I left out Bettendorf. I also tried to keep the most important portraits and figures present, hopefully to enrich the educational value of the current work. 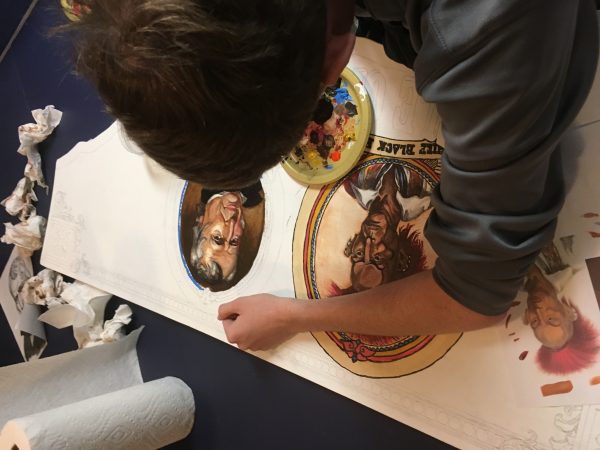 Can you describe how it is set up?

The school wanted a semi-portable mural so that the painting of walls could still be conducted on the official district timeline. The portability was also useful to me because it allowed me to work from home. There are 5 “panels” in total. The way they are made (by taking a 4×4 ft. sheet of plywood and cutting out the river in the middle to form two
halves that are generally separated by about a half a foot, the width of the river) they usually consist of two main pieces, with some included islands to be hung in the river cutout. With the help of Ron Welser, I also made backings for each panel out of 2x4s. We are still trying to figure out whether we want to screw these backings into the walls at the school and then screw the panels onto the backings, or whether we want to screw the backings onto the panels and then potentially made another smaller frame to hang on the wall so we can insert the backings to fit snug against this smaller frame (basically a frame inside a frame if you can imagine that). Like I said, we are still trying to figure that out, but whatever way we decide to hang it, our main goal is to make sure the panels themselves can be taken down and moved if need be. 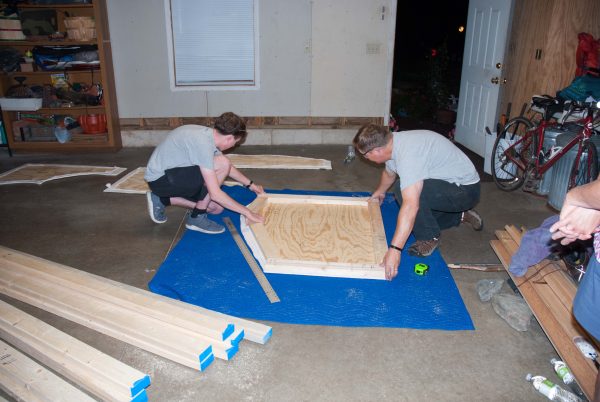 What did you enjoy most about the project?
I really enjoyed bringing the characters in the portraits to life. You discover a lot about a person by spending hours painting them. You get to see all the intricacies of their expression, their face, the way they hold themselves. It’s like getting to know someone more personally. And of course there is that huge feeling of accomplishment when you step
back and can stare into their eyes and recognize them (which sometimes takes so doing to get them to look like the original art). It is also fun to look at what the previous artist tried to do, since many of these figures never had their picture taken, and I had to do the portrait as essentially a copy of another painting or drawing.

What do you hope the people who experience it will see in it?
I hope that people will be able to experience the history of the region in a way similar to how I have had the joy of experiencing it. I want them to be able to look at it and see in the figures and scenes from our history someone or something that they look up to. I have always found the people and area so fascinating, and for me so many of these figures are not only incredibly interesting, but also incredibly empowering. The stories of these men and women, like
the story of Dred Scott fighting vigorously for his simple right to freedom, or Phoebe Sudlow’s role in the fight for greater women’s rights and representation in education and leadership, set a powerful example for all of us. I hope people will look at it and not only be fascinated by the history of these people and the region, but also pushed to find greater meaning and purpose in their own lives, and to use the stories of some of these figures as role models as I have. Of course, if nothing else, I want them to simply enjoy the colors and scenes, and come away satisfied or with more questions about who these people are and what they did. 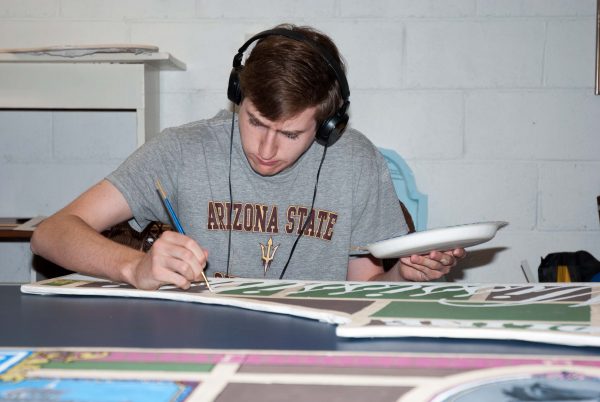 4 Comments on “A mural for Madison”