A thrill of hope: Six weeks 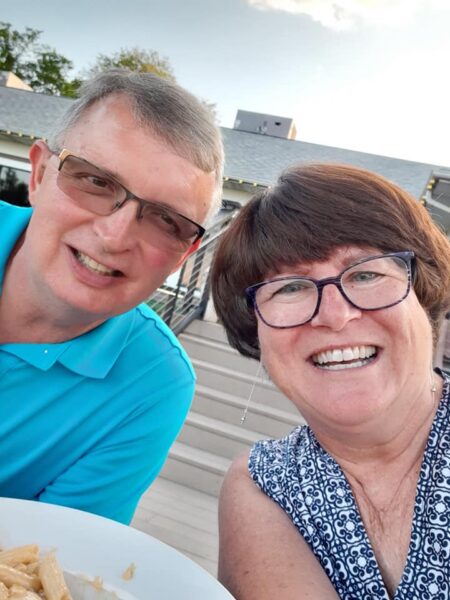 The summer of 2001 was filled with excitement and adventure. My wife Deb and our three children had outgrown our first home and were having a new home built near Emeis golf course. A few delays meant our new home would not be finished until December. In the meantime, our current home sold quicker than anticipated and necessitated four months of apartment living before we could move in. Certainly not ideal but a bump in the road for sure. But this was only the beginning.

In early June while doing her typical health due diligence Deb found “that dreaded lump” and the terrifying diagnosis that accompanies it. It was scary and frightening for us to be sure. I couldn’t help but wonder what it might be like to raise a 12-, 10, and 1-year-old by myself. However, surgery and her aftercare proved successful and she is now an almost 20-year survivor.

Four days after Deb’s surgery our daughter Molly needed surgery to remove a plastic confetti star she had swallowed. It had lodged itself in her throat and she had become quite sick. Thankfully the doctor found and removed it before any real damage had been done. Two surgeries the same week, Deb on Tuesday and Molly on Saturday! As if this wasn’t enough two weeks later we moved out of our home of fifteen years into that two bedroom apartment. Finally, three weeks later our country went through the horror of the terrorist attack of September 11.

I spent many sleepless nights asking myself why this was all happening at once. To say my faith wasn’t shaken would be untrue. Even still I knew my burden would never exceed God’s grace, compassion, and love for me and my family. A great amount of quiet and thoughtful alone time in prayer gave me that “thrill of hope” when I was at my lowest.

Now the four weeks of Advent are here! As we prepare for the coming of our savior, let’s celebrate the “waiting” and “getting ready” for God’s gift of Jesus to us.

Mark Kretschmer is a retired educator from Davenport schools. He lives near West High School with his wife, Deb. Their favorite activities all center on their three children and three grandsons.

One comment on “A thrill of hope: Six weeks”