As superintendents and golf pros, these St. Paul people choose golf as a profession. Every single one of them experienced golf as a child. No matter the exact age or circumstance, Eric Drane, Ike Hurning, Alex Stuedemann, and Erin Wikoff all encountered and fell in love with the game of golf during their growing up years. Then they went to work, learning the ins and outs of the game they now call their profession. 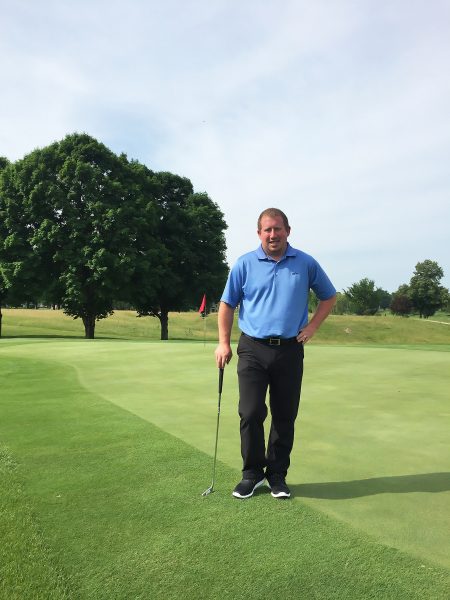 Eric Drane says he started playing golf “later,” around the age of 12. His best friend and his best friend’s dad played quite a bit, and they invited him along to the Black Hawk Run golf course near Stockton, Ill. When Eric turned 16, he got a job at that course during the summers.

At Loras College, he played golf and studied sports management, including an internship at TPC Deere Run. That’s also where he landed his first job. He worked at Crow Creek before he got the opportunity to work at Oakwood.

“Some days I’m a tournament organizer. Sometimes I’m a teacher so that members get the most enjoyment out of their game. Today was a junior golf day, getting kids interested in golf. Some days it’s merchandising. Other days, it’s spending time talking with people on the course.

“As a golf professional, you have to wear a lot of hats,” he said.

Oakwood, he said, is an old-school, treelined golf course. It’s not an overly long course, but has difficult greens. “Our superintendent does a great job.”

The course, he noted, is one of the first designed by Pete Dye, a famous course architect. In addition to Oakwood, one of his favorite courses to play on is Whistling Straights in Wisconsin. Eric values the friendships he’s built over the course of time. Golf, he said, is a good way to get away from the stresses of life, relax, and be with friends. 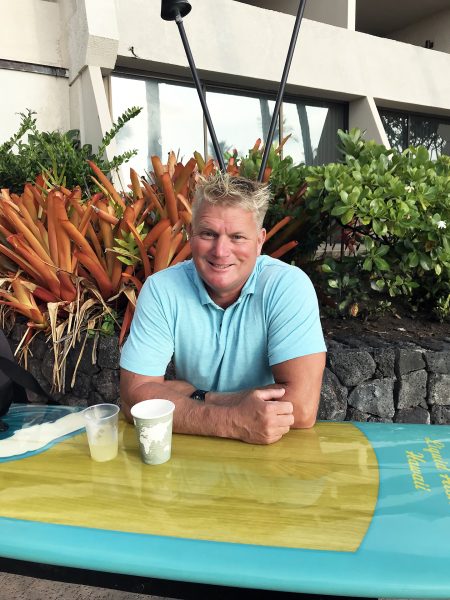 He first remembers playing golf around the age of 8, and had his first job in golf at the age of 13 at Crow Valley as a bag boy. That first job happened to be with Butch Harmon, one of the most-known and well-respected golf coaches of all time.

Nearly 40 years later, Ike remains in golf. He’s been at Springbrook in DeWitt since 1995. “I’ve never left the industry.”

Ike attended horticulture school in Australia, where he also worked for the Royal Sydney Golf Club. As superintendent at Springbrook, it’s his job to maintain the greens, change out the holes, manage weeds, and put his training as an arborist to use in caring for the course’s trees – among many other tasks.

He hires young people to work at the course, just as he did when he was a teenager, teaching them good work habits that he hopes they use for the rest of their lives.

“That’s one of the most rewarding parts of the job for me,” he said, noting that getting kids involved in the game of golf will ensure a thriving future for the sport.

When asked if he’s ever gotten a hole in one, he noted that he nearly got two holes in one back-to-back. It was at Springbrook, and he got a hole in one, followed by a score of two for the next hole. 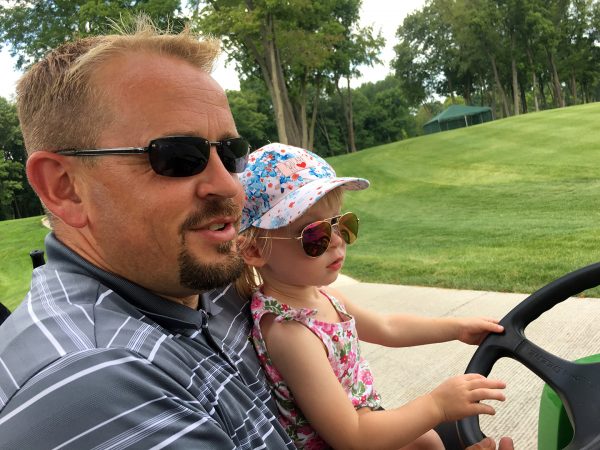 Alex started golfing around fifth or sixth grade. He didn’t really think about making it his profession – he saw working at a golf course as a good way of playing for free. He started working at Bunker Hills in Minnesota, trimming trees, changing out cups, and other similar duties.

“I went to college thinking I would be an engineer. That didn’t work out. My report card made that very clear,” he said.

A co-worker asked if he had ever thought about working in the world of golf. With the help of his parents, he found his local university had a turf grass program. He switched gears in the middle of his sophomore year. He graduated in 2000 from the University of Minnesota. He is now the director of golf course maintenance at TPC Deere Run. His job involves the maintenance and preservation of the golf course and grounds. It brings in components of soil science, agronomy, chemistry, and a little bit of weather forecasting too.

Preparing for the course’s most-watched event, the John Deere Classic, he said, begins at the end of the previous year’s event. Alex’s favorite hole on the course is the 18th hole. “It always seems to be where the tournament is won or lost,” he said. “It’s a beautiful hole that epitomizes what the property is. It’s where my wife and I are on the final day of the tournament.”

“I just love being outside and the variety of my job,” he said. “No day is the same around here.” 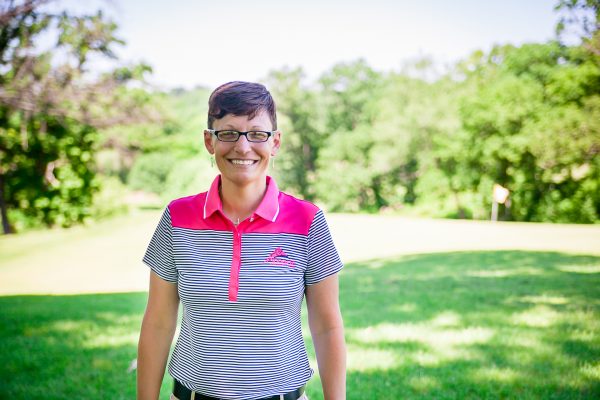 When she was 12 years old, Erin (Strieck) Wikoff’s dad brought home a set of golf clubs. Her first time playing, she scored a 107 on nine holes at Duck Creek. “I remember it like it was yesterday,” she said.

Playing the game became a time to spend with her dad. As she grew up, she and her friends would con their parents out of $20 to go play golf. At 16, she got a job at Crow Valley.

Erin went on to play golf at the University of Iowa, and then on to study in a PGA program for golf professionals. Courses focused on teaching, budgeting, tournament operations, and merchandising. After several years working in Galena, she is now the head golf professional at Pinnacle Country Club, believed to be the first woman to hold such a position in the Quad Cities. “I couldn’t ask for a more amazing place to work,” she said, while overlooking the hilly green course. The club has about 275 members.

Erin loves golf because people can play the sport their entire lives. It’s something a family can do together, and is a great way to keep active.

“I teach a lot,” she said. “I encourage people to not get frustrated by the process. Trust in yourself. Golf is a game of confidence.”