Capable adults, falling through the cracks

KJ Rebarcak spent much of her life struggling. A very smart young woman (KJ was valedictorian of her high school class), she was fired from her first two jobs – one at a deli and one at a shoestore. More difficult times followed.

She describes her life – before her diagnosis on the Autism spectrum eight years ago as a 42-year-old – by using a sports analogy.

“Not only did I not get issued a rulebook for the game, I didn’t know there was a game,” said KJ, a St. Paul member. 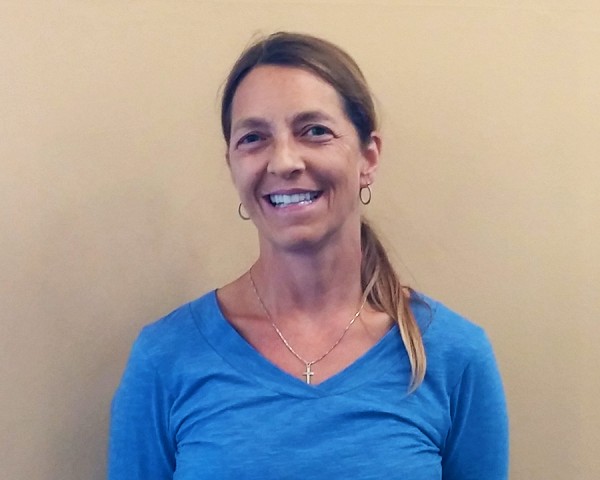 On Tuesday, Feb. 23, 7 p.m. at St. Paul, KJ will co-lead a session called “Capable adults, falling through the cracks.” Along with Kathy Sivill, a member of the Autism Resource/Challenging Behavior Team at the Mississippi Bend Area Education Agency, they will talk about challenges and solutions for adults who live life on the Autism spectrum. The event is free an open to the public. It is in partnership with the St. Paul Mental Health Awareness Team.

The goal is to discuss and raise awareness about how to best support adults in a variety of settings, including the workplace. More than 3.5 million people – adults and children – live with an Autism Spectrum Disorder – or approximately 1 in 68 births.

“It’s very likely that you have interactions with adults in your church, your neighborhood,” Kathy said. “It’s people like KJ who are misunderstood – everyone expects her to react typically to things. We need to examine – are they having productive lives, are they under-employed or unemployed, are they happy?”

KJ and Kathy will discuss some of the challenges with social rules and routines, auditory processing, exhaustion, short-term memory, and adjustment to changes in routines. They also will talk about the benefits that people diagnosed with Autism Spectrum Disorder can bring to any situation: loyalty, perseverance, independence, thriving on repetition and details.

The two hope that the session will be helpful for adults with Autism Spectrum Disorder, for their friends and family, for community members and for employers who do, or wish to hire, people on the spectrum. Workplace mentors, training and support, and funding for job coaches are some of the tools that are important for lifelong success.

KJ also will share her personal journey, including what her world looked like in the past, which she calls “faces on the backs of spoons.” She also will share about the tools and tactics she now uses in her daily life to manage well. One of KJ’s greatest hopes is that when society thinks of Autism Spectrum Disorder, they will think of children and adults.

“When I finally learned I had what was then called Asperger’s, all I could do was just keep shaking my head and saying, ‘All those years…all those years,’ KJ said. “It suddenly explained almost everything that ever happened in my entire life. It also validated me in that it was proof that I wasn’t lazy, crazy, stupid, or just trying to get attention by acting high-maintenance.”

3 Comments on “Capable adults, falling through the cracks”