Camp Shalom has been a big part of Alex Dickman’s life. So when he was searching for a project to complete to become an Eagle Scout, improving an area at camp came to mind.

Alex is a member of Troop 203 in Long Grove. He’s been a Cub Scout, then Boy Scout, since he was in first grade.

“I asked them what I could do,” said Alex, who is in eighth grade at North Scott Junior High. “We decided on a worship area on a cliff that overlooks the river.” 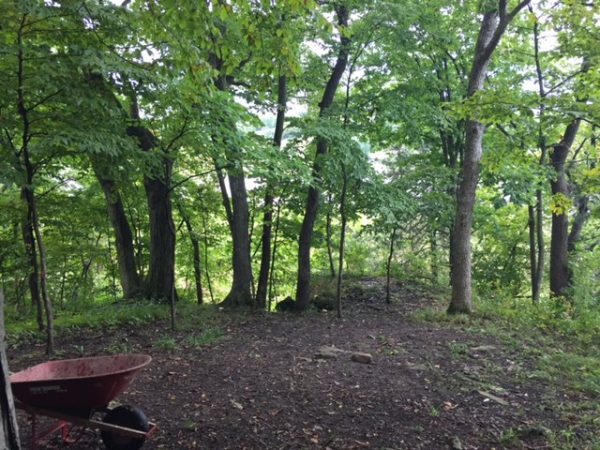 It’s called Raccoon Ridge. Alex designed, secured the materials/tools/donations for, and supervised the renovation. The project included clearing the space, installing a railing for safety, adding seating for approximately 30 people, and mulching. He also got a crew of 20-25 people to work on each of the the two days of the project in September.

The list of tools and materials needed? Impressive – sledge hammer, wheel barrows, water buckets, shovels, miter saw, drills, level, rubber mallets, pitchforks and garden rakes are just some of the items that Alex and his crew loaded up in trailers and hauled to camp (or borrowed from Camp Shalom). 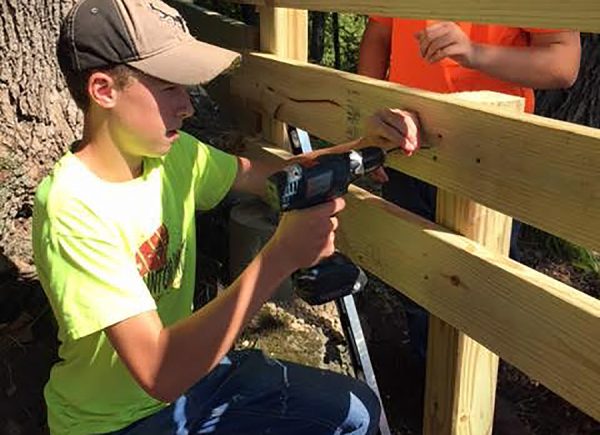 The most challenging part? Alex said it was leading and delegating the project well, so that everyone who signed up to volunteer had work to do. 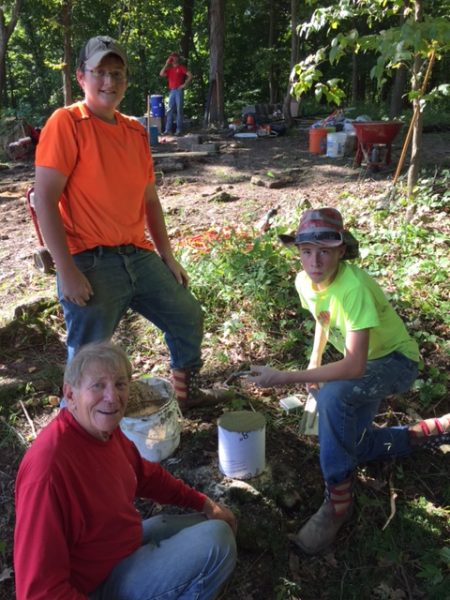 Dwayne Heinrich is the maintenance director at Camp Shalom. In the summer, Raccoon Ridge gets a lot of use, but needed some attention, he said.

Alex’s team cleared the space farther out than originally envisioned, making it even better than anticipated, Dwayne said. “The area is now much safer for people to use because of the railings. The construction method using blocks will help control erosion, and make for better usability and comfort.”

One of the challenges had to do with the limestone being close to the surface in that area of camp – it took work with picks and bars to remove pieces of limestone, Dewayne said. Alex’s team also included a professional tree person who was suspended by a rope off the cliff to help open up the view of the river. The tree waste was then turned into mulch. 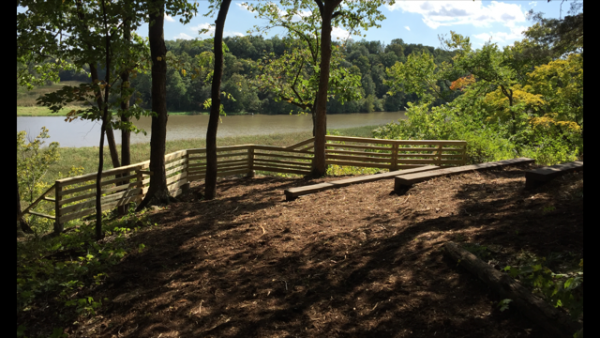 Alex donated money he raised above the cost to camp. Everyone who helped in some way received a thank you letter, including photos of the completed project.

“Also, at the end of each work day, I shook everyone’s hand and told them thank you for helping,” Alex said.

As for his future plans in Scouting? Alex plans to continue on as a long as he can, to help others become leaders – just like he has become. 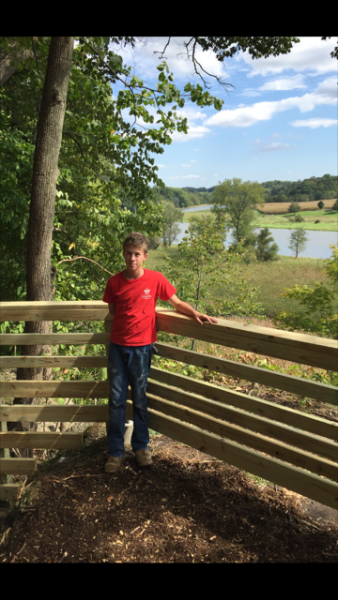