Each fall, the St. Paul congregation hosts the community-wide Faith & Life Series. The church brings persons of national stature to the Quad Cities – sparking new ideas about what it means to live faithfully.

The 2016 Faith & Life Series speaker is author and theologian Tony Jones. The events are free and open to the public. Three of his books are available in the Book Corner. He will visit St. Paul on Sunday, Nov. 13. Ton holds a B.A. from Dartmouth College, an M.Div. from Fuller Theological Seminary, and a Ph.D. from Princeton Theological Seminary. 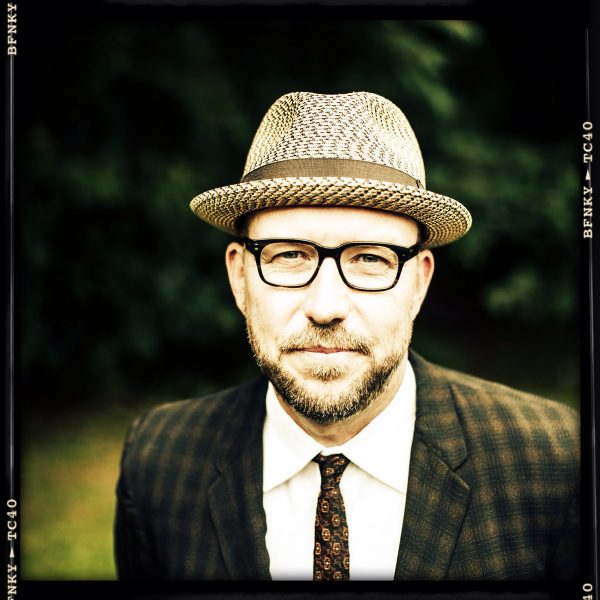 Most Christians affirm the statement, “Jesus died for my sins,” but they struggle to explain how, exactly, this works. By what cosmic mechanism did the death of one man, 2,000 years ago, wipe out all the sins of all time. And, when we did a little deeper, we find that the answer to this question reveals what we think about the very nature of God. Finding love in the death of Jesus is the ultimate test of our Christian faith.

At 4 p.m., he will lecture on Jesus’ Crucifixion – the Ultimate Political Act.

We’ve just come through the most contentious, strange, and perplexing election season in memory. We witnessed lies, scapegoating, and acts of political sabotage. And it left many of us feeling wounded, misunderstood, and frustrated by the politics of our country. The death of Jesus on the cross, 2,000 years ago, has a very powerful message for us in this time. Jesus’ crucifixion was the ultimate political act because it reset the relationship between God and humankind and because it exemplified a new way-of-life, one rooted in sacrificial love. With the presidential election behind us, there’s no better time to look closely at the event on which all history pivots, the execution of Jesus of Nazareth.

Tell us the story of how you become a theologian? What sparked your imagination for your vocation?
I first articulated my call to ministry when I was in seventh grade. It was the Saturday before Youth Sunday, and I’d been chosen to give the offertory prayer. The junior high pastor took me out to breakfast at McDonald’s to help me write the prayer, and in course of the conversation he asked me what I wanted to be when I grew up. I blurted out, “A youth pastor!” And honestly, it had never occurred to me before that.
A couple years later, sitting in confirmation class, the senior minister asked who was planning to go to seminary. I raised my hand, expecting to be one of several. But I was the only one, and he was looking at me with a smile. Through the years, he often reminded me of that, and many in that congregation affirmed me over the years.
As I progressed through college and seminary, I was drawn not only to church ministry, but also to the intellectual side of the Christian faith. So I have always attempted to marry those two, both when I was a pastor and now that I’m on the academic and publishing side of the church. I truly love the challenges that our current rational, scientific age poses to Christianity.

How did Did God Kill Jesus? come to be?
I was experiencing a growing discomfort among many people with the crucifixion. It’s the violence. We are really acutely sensitive to violence, especially in Western society. And the crucifixion of Jesus is unavoidably violent — it’s bloody and grotesque.
So I think this growing sensitivity to violence has raised questions about the death of Jesus: Was this the only way for God to save us? Why did it have to be so violent? What does this tell us about the nature of God? And, ultimately, did God kill Jesus?
I wanted to investigate these questions for myself as much as for my readers. The crucifixion is the central event of Christianity, the pivot on which all of Christian theology turns. If I couldn’t develop satisfying answers to these questions, then I didn’t see how I could remain Christian. The book is my attempt to answer these questions for myself and others.

Let’s turn some questions related to the book. If Jesus were executed today, what do you imagine the circumstances would be?
Recently, a national survey showed that for the first time, a majority of Americans are opposed to the death penalty. If there were polls in the first century, I imagine that it’d be less than five percent opposed. Executions – public executions! – were very much part of the fabric of life in the ancient world. In Rome, you couldn’t avoid it, since the roads in and out of the city were littered with crosses. Times have changed so much that I don’t think it would have been a state-sanctioned execution.
Instead, Jesus’ death today would be a lynching. Black theologians like James Cone have forcefully pointed out the similarities between the lynching of African slaves and, more recently, African Americans and the crucifixion of Jesus – in both, innocent persons are scapegoated and violently murdered. I’m convinced that if Jesus were executed today, it would not be lethal injection but lynching.

How have you experienced God’s presence lately?
Every Sunday night at 9 p.m., my wife and I gather our children and the five of us pray together and sit in silence. With three very active teenagers, our house is not often quiet, and the five of us are rarely all together. So we’ve made a concerted effort in these years to make that time special each week. Being quiet in the presence of the four people I love most in the world is one place that I’ve definitely experienced God’s presence lately.