A visit to a farm

Under a blue sky, surrounded by green fields, little ones took turns climbing on the green and red tractors.

They were welcomed to the Paustian family farm north of Walcott by Mike and Amy, and their kids Zachary, Elizabeth, and Madeline. The crew of kids and moms from St. Paul’s Moms’ Morning came to learn about farming earlier this week. 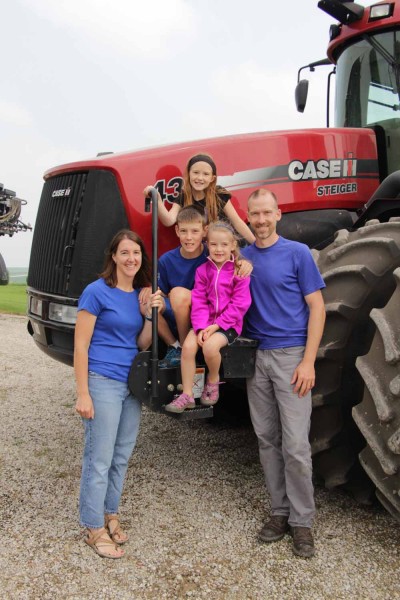 “My name is Mike and I am a farmer. We grow soybeans, corn, and pigs. Some of our tractors are big, like this one,” Mike said, pointing to a Case IH, “and some are little,” he said gesturing to a smaller John Deere.

Mike, who has a Ph.D. in microbiology, and Amy, returned to the area six years ago in order to join the Paustian family operation. He left his job with the National Animal Disease Center in Ames, a job he loved, to come home to farm with his parents and extended relatives.

“I’m always learning new things,” Mike said when asked what he loves most about farming. “No year is ever the same.” 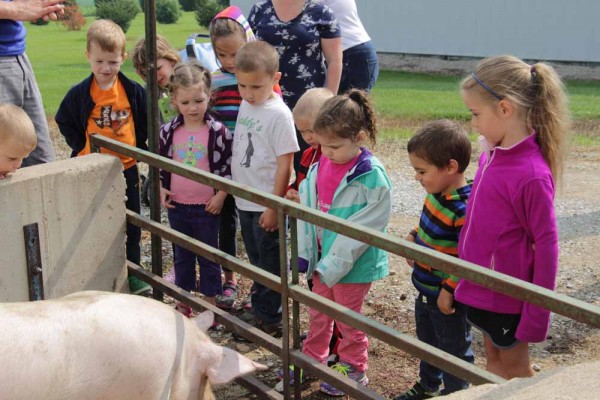 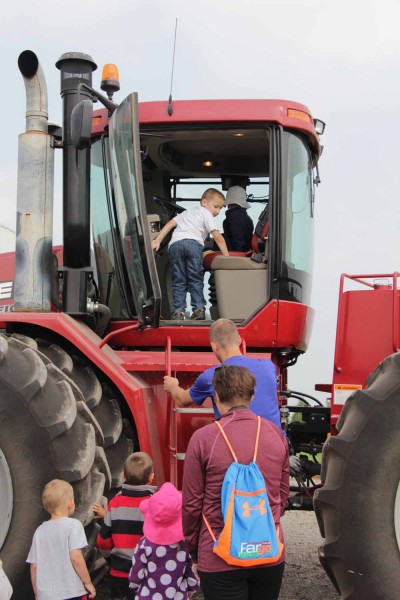 The Paustians moved here just before their oldest started kindergarten. They knew in their hearts it was either then or when their kids were grown and out of school – and they wanted to give their children a life of growing up on a farm. Amy grew up in a rural area in southern Minnesota.

Mike’s uncle lived in the house where Mike and Amy and their family now live. It’s on an expanse of land northeast of the I-80 truck stop (a farm tour wouldn’t be complete without rural driving directions like this one: go past the big blue tank at the truck stop and turn left).

Amy has a garden where she grows just about anything she can put in the ground – fruits and vegetables that they then eat throughout the year. A large apple tree that was small when Mike was growing up, is now not the only fruit tree on their land – pears, peaches, cherries are grown here, too.

The couple and their family have approximately 2,400 acres of farm land, where they grow corn and beans. Approximately half of the corn goes to feed the pigs they raise and sell, Mike said.

As the kids from St. Paul climbed on tractors and learned about the pigs, Amy said this place offers her peace.

“I love the expanse the kids have, where we can just be a family together,” she said. 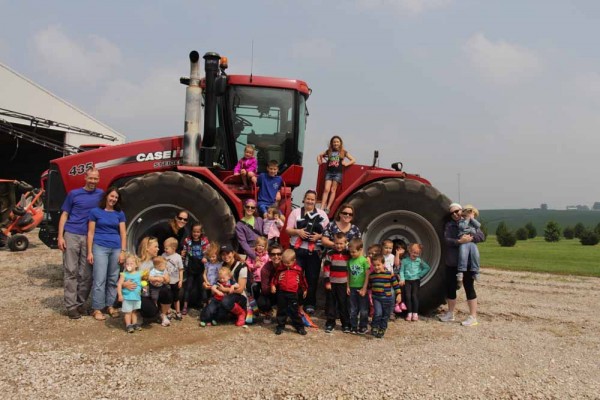