Sister-brother duo Meredith and Ben Bruster are soaking up as much of this planet as they can, studying abroad during their years at Luther College and Augustana College, respectively. From west Africa to east Asia, their experiences will shape their lives for years to come.

BEN BRUSTER: A TERM IN EAST ASIA
On Aug. 19, Ben Bruster will step on board an airplane and fly around the world to a place he’s never been before. Ben will travel with 80 fellow Augustana College students and five professors for a trimester in East Asia. He will start his junior year, learning about new cultures and building stronger relationships with friends.

“I love meeting new people and learning about the world,” he said. “I wanted to go someplace I hadn’t been before.” 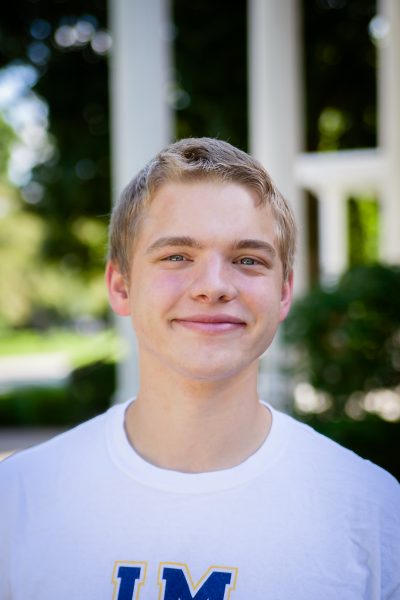 The experience is recommended for a wide range of majors, including students with an interest in Asian studies, Japanese, Chinese, geology, political science, medicine, world literature, Eastern religions, art history or history.

This is not Ben’s first international trip. He traveled to the Dominican Republic and Tanzania with St. Paul people, as well as to Canada. He is working to determine his vocation.

“I am passionate about social justice,” he said, adding that urban planning, advocacy work, or teaching at the college level may be in his future.

MEREDITH BRUSTER: A SEMESTER IN SENEGAL
When Meredith Bruster learned the story of Craig Kielburger – the beginnings of the development organization Free the Children – she was 12 years old.

One morning over breakfast, the story goes, 12-year-old Craig flipped through the newspaper looking for the comics. Instead, he saw a story about Iqbal Masih, a former child slave in Pakistan. Iqbal had been murdered because he spoke up for human rights.

“It was a lower point in my life. It came at the perfect time, learning about this organization. I thought, if Craig can start a nonprofit at my age, why am I limiting myself? I can give back,” said Meredith, who will be a senior at Luther College in Decorah, Iowa. “The key to that for me has really been to try to learn as much as I can, to travel as much as I can, to give time and energy and passion to people as much as I can.”

“The dream of going abroad manifested itself pretty quickly after that.” 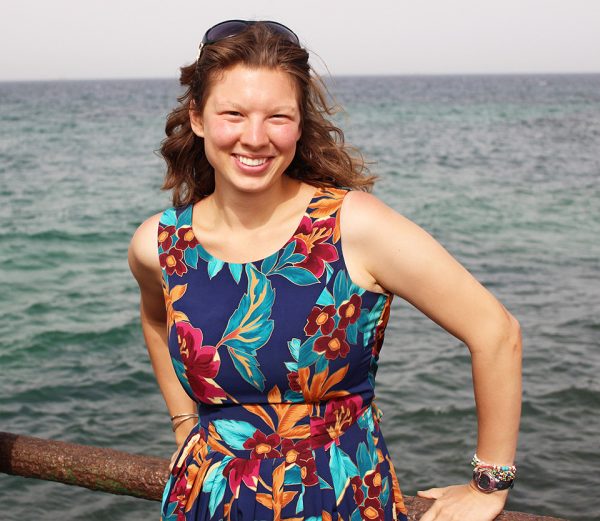 Meredith spent the summer before her senior year in high school in India, where she worked with a couple of non-governmental organizations. “I made a lot of mistakes, and experienced homesickness like I’d never experienced before. Yet, it was a beautiful journey.”

Most recently, she lived in Senegal, in western Africa, for three and a half months. Senegal is home to approximately 13 million people. The predominant religion is Islam, the official language is French, but many people speak Wolof as well. Dakar is the capital city.

Meredith was able to practice speaking French. She designed and completed the research for a study on mental health and religious centrality.

“Every moment was an adventure and an incredible growing experience,” she said. “So many elements have profoundly impacted my life. The hospitality there is inspiring. I felt love there in ways that I couldn’t have even imagined.”

She stayed with a host family in a large home in an urban area. “Their willingness to share resources, and meals and time was incredible. I learned about how I can be a better host and servant of God,” she said, noting her host family is Muslim. “Their faith and the commitment to prayer…I saw inspiring and peaceful acts of faith in my host family.”

She brought home a desire to learn how to be more inclusive and accepting of cultures other than her own. Her interest in connecting with immigrants and international visitors within the United States grew, too.

“One of my favorite memories of Senegal is spending time with my host family and having conversations in French and Wolof and English about life and faith and politics and everything in between and laughing so much and feeling that love, warmth, and welcome.”

And another favorite memory? Going to the beach with fellow students at the end of the program, and running barefoot in the wet sand.

For anyone considering studying abroad, Meredith suggested that going for months, instead of a week or two, gives a person the opportunity to rely on people, resources, and faith in new ways. “Studying abroad and having an immersion experience where you are outside a culture that is familiar to you, and you can take the time to learn and ask questions, that experience is invaluable,” Meredith said. “It shapes how you view the world and how you view the world you are most familiar with. It very much shapes how you prioritize your values, build relationships, and think about future vocations and needs.”

ST. PAUL ENDOWMENT FUND SEEKS REQUESTS
St. Paul’s Endowment Fund for Mission Outreach is opening the opportunity for college students and young adults who embark on an overseas experience (or similar traveling adventure) that — importantly — has a social purpose or mission-minded component to it, to apply for a mini-grant from the Endowment Fund. These mini-grants might range from $300-$700, or higher, depending on available funding. Proposals can be submitted to the Endowment Committee in the church office. Questions? Speak to one of the St. Paul pastors.