Lee Marbach first gave blood in high school. Then, when he went to work at Russell in Davenport, his employer’s blood drives and location right across the street from the Mississippi Valley Regional Blood Center made it very easy for him to continue to give.

As the years went on, he donated 40 times. 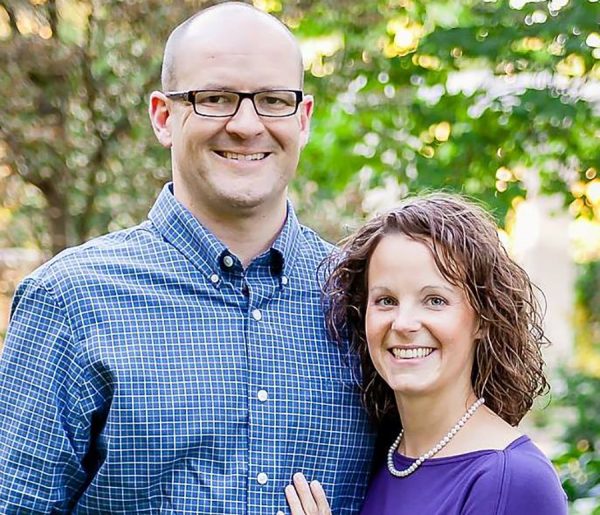 “It was silly for me not to give,” he said. “It’s just something I’ve always believed in.”

Then, earlier this year, Lee was at the Habitat for Humanity warehouse for a volunteer day with Russell. Lee also serves on the board at Habitat. He hadn’t been feeling all that great for a few weeks, but was happy to be at Habitat working on pre-fab walls for a new home. During the workday, he nearly fainted. Staff and fellow volunteers got him to conference room. His wife, Julia, came and took him to the emergency room.

After a few tests, doctors saw that his hemoglobin level was at a 5. An adult male’s levels should be three times that. Additional testing revealed the Lee was bleeding internally.

“I received three units that night, and then a fourth the next day,” Lee said.

Even more tests, and doctors found the problem. Surgery ensued, followed by a challenging recovery. One of the pieces of information that helped doctors was that Lee’s hemoglobin was fine the last time he gave blood, in January. It’s something that is tested each time a person gives blood.

Lee is now back to work. He looks forward to being able to donate again, but will need to wait a bit to do so. While he was in the hospital recovering, Lee had to cancel his next blood donation appointment, he said.