A thrill of hope: Steady faith 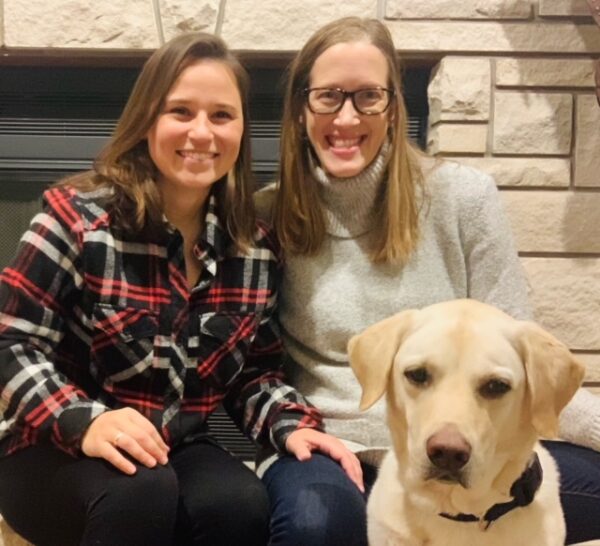 Back in March, I had surgery to remove cancer from my thyroid, a gland that happens to sit very close to the nerves of your vocal cords. As I was waking up from the anesthesia, I tried to ask for a sip of water but no sound came out. I tried a few more times. Nothing. I couldn’t make a single noise or swallow anything no matter how desperately I tried. We quickly realized one of my vocal cords was accidentally paralyzed during the procedure.

When we typically think of hope, it often has to do with a desire for a certain thing to happen with anticipation. We tend to hope for a big turnaround or change. We hope for a kinder 2021. We hope for a loved one to have a positive outcome with their cancer treatment. We make plans for a vacation because we’re hopeful for time to relax. We have a habit of hoping for an improved future, weeks or months or even years down the road.

My ultimate hope was that I would be able to eventually speak again. And my hope began to dwindle when I continued to wake up day after day with no voice. After a few days of internal panic, I knew I had to change my mindset. I began to hope (and pray). I began to hope for small improvements. A whisper one day, a sign of a stronger whisper the next, a bit of a squeak the next, and so on.

I was reminded when we only look to God for these big end results, we miss out on His subtle presence in the days in between. Hope is the same way. It’s ok to hope for a better tomorrow instead of an entire year to be better.  When I hope or pray for subtle changes, I notice God more often and feel his presence more frequently.

It was almost 8 weeks before my voice was strong enough to be heard across a room. Gosh, that would have been a lonely time if I continued to only hope for the end result. To me, hope is much more than looking far into the future. Hope is the little reminders that God is with us every single day.

“May I never forget on my best day, that I still need God as desperately as I did on my worst.” –Mike Epps

Allison Sanyi is a director of coaching for Bettendorf Soccer Association. She lives in Davenport with her wife, Katy, and their dog, Penny.

5 Comments on “A thrill of hope: Steady faith”