When Angela Senne and her twin sister Allison Axness were in sixth grade, they switched classes on April Fool’s Day. Only one teacher knew – the one who put them up to it. “Our friends didn’t even know,” said Angela. “We switched glasses – that’s how a lot of people told us apart in elementary school. We pulled it off throughout the whole day. 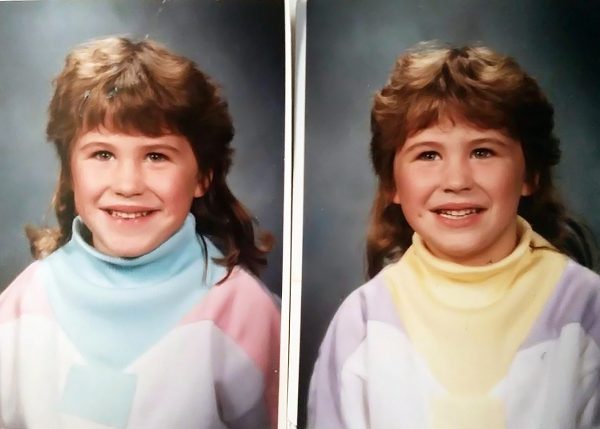 In college, they roomed together and ended up majoring in the same course of study, health and physical education. “Our schedules were similar and our professors had a hard time telling us apart. One professor would just say our names really fast and hope to get it right.”
They were married within 2 ½ months of each other. Up until Allison got married, they had lived together for 22 years, sharing a room for all of those years.

And, they were pregnant at the same time, due two days apart. Angela’s oldest, Henrick, and Allison’s youngest, are 28 days apart. “They are also the best of friends, and call each other ‘twin cousins,’” Angela said.

“The best thing about being a twin is having a built-in best friend,” she added. “We have always gotten along and I know I can count on her through thick and thin. I have always loved being a twin. I see no downside at all. We are competitive, but in the best way possible.”

Minnesota twins (not the baseball team) study Angela and Allison grew up in Crookston, Minnesota, 75 miles north of Fargo, North Dakota, with parents Jerry and Jackie Lindsay, and sister Stephanie (who now lives in Fargo with her family).

When Angela and Allison were 12 years old, the Minnesota Center for Twin and Family Research contacted them to participate in their twins study. The initial visit consisted of brain wave testing, eye tracking, stress monitoring, and several interviews.

The study was supposed to end after two additional visits over six years. However, the University of Minnesota continued to receive funding for the study. That means Angela, Allison, and their families continue to participate – 24 years after the initial testing.

This past summer, their children (Angela has two, Allison has three) were included in the study, too, with an MRI and interviews.

The Minnesota Center for Twin and Family Research began in 1989, when it enrolled 1,400 pairs of identical and samesex fraternal twins and their families from throughout the upper
Midwest.

Twins were identified through public birth records and invited to participate with their parents. Two groups of Minnesota-born twins were enrolled; twins were either pre-teens or late teens at the time of their intake assessment.

Beginning in 2000, the center enrolled an additional 500 pairs of twins and their parents. These new twins visited the study along with at least one parent for an intake assessment around age 11. Researchers hope to follow these twins as they pass from childhood to adolescence and adulthood, measuring mental, physical, and social changes.

Twin studies represent one of the oldest scientific methods of evaluating the influence of heredity on human development and behavior, center leaders say. As the field advanced, debates about whether nurture or nature is more influential have been replaced with the notion of nature via nurture.

Some findings of the center include: Fingerprints: The distinctive arches and loop patterns of fingerprints form during the fourth month of pregnancy. They are mostly determined by heredity and a little by the environment in the womb, so they tend to be good indicators of similarity. Researchers at the center count the total number of ridges to compare. Low scores between .01–.60 indicate similar fingerprints; identical twins usually have scores in this range. Scores from .40–1.50 typically correspond with fraternal twins because they indicate fingerprints that are quite different.

Happiness: Researchers David Lykken and Auke Tellegen examined reported levels of happiness in 1,300 sets of identical and fraternal twins. Identical twins reported similar levels of happiness, while fraternal twins exhibited greater variation in their reported sense of well-being. These results were found in families of twins raised together and extended with twins reared apart.

The researchers concluded that nearly half of happiness can be accounted for by genetic factors. The other half is determined by life’s everyday ups and downs. In other words, everyone is born with a certain “set point” for happiness in the same way that your household thermostat is set to maintain a certain temperature in your home. Tragedies and pleasures might affect your level of happiness. But eventually you will return to your genetic set point, just as the temperature of your home will return to your thermostat’s set point after you have let in cold air by opening a door or window.

Shared environment seems to have a greater influence on activities such as TV viewing, dating, and social activities, than on skill-based activities, like sports, outdoor activities and crafts. 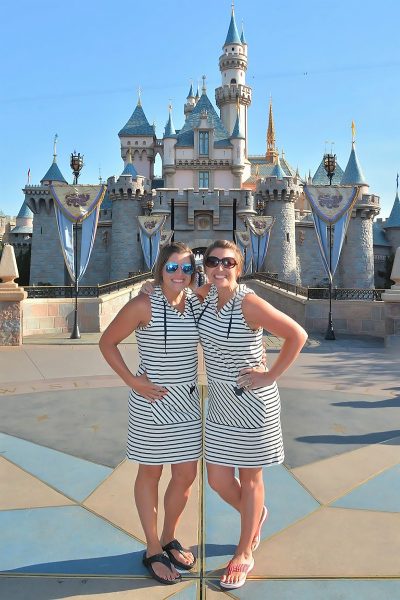 Do you know what she’s thinking?

Angela and Allison do get some interesting questions about being a twin.

Do you know what your twin is thinking? “Technically no, but we are similar enough that yes, I can probably guess.”

Do you like being a twin? “We have never known any different, so yes.”

Can you feel it if your twin gets hurt? “No, I cannot feel her physical pain, thank
goodness.”

How do the two of you do things alike? “We have the same work ethic and values. We enjoy similar activities such as sports, shopping, working out, traveling, reading similar books, watching TV, and spending time with family. We both work in education.” Allison is a physical education teacher in Champlin Park, Minnesota. Angela is an educational consultant for the Mississippi Bend Area Education Agency in Bettendorf.

How do you do things differently? Allison is more spontaneous and Angela is more of a planner. “It’s a good balance,” Angela said.