Twelve years ago, Elizabeth Lonning and a small team of fellow psychologists began working on changing the law in Iowa. The change would allow specially trained psychologists to prescribe certain medications for the treatment of mental health disorders.

The change, they knew, would increase access to mental health care in the state – a place where people in all areas, but especially rural ones, often struggle to find access to care.

In May, after a winding journey filled with joy, frustration, waiting, patience, consensus-building, and advocacy, the dream became a reality. Iowa became the fourth state in the nation to offer this option.

And in August, Bethe earned two awards for her work in pursuing the change. The Outstanding Psychologist Award is presented to a psychologist whose distinguished contributions may include demonstrating outstanding leadership in state, provincial, or territorial psychological association. The Karl F. Heiser APA Presidential Award for Advocacy honors those psychologists who have given voluntarily of their time to define the discipline of psychology statutorily by state and federal laws and regulations through advocacy. 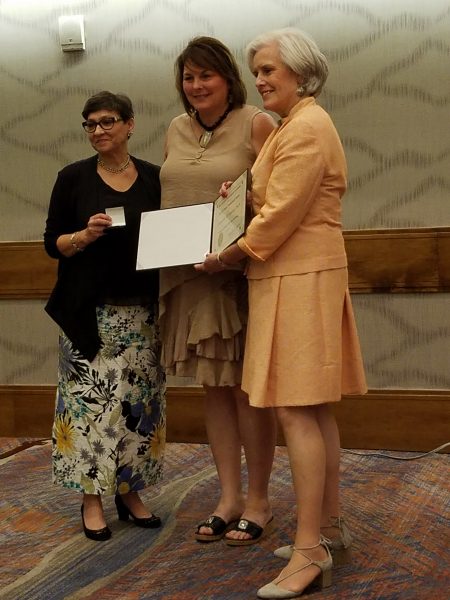 The American Psychological Association, or APA, applauded the change nationally.

“This is a landmark decision that will improve access to a wide range of mental health services,” said Katherine C. Nordal, PhD, APA’s executive director for professional practice. “Increasing access to mental health care is critical given the increase of major depressive disorders among Iowa’s youth and the number of people over 65 experiencing a diagnosable mental illness.”

The measure grants prescriptive authority to Iowa licensed psychologists who have successfully completed a post-doctoral master of science degree in clinical psychopharmacology, a supervised practicum in clinical assessment and pathophysiology, and passed a national examination. These requirements are in addition to the education and training required to become a licensed psychologist – an average of seven years of graduate education beyond the four years of undergraduate work, and several years of supervised clinical training.

Psychologists in Iowa will also need to complete a two-year conditional prescribing period under a licensed physician’s supervision to be eligible for independent prescriptive authority. For psychologists who treat special populations such as children, the elderly or people with physical conditions, this will include completion of a year of supervised conditional prescribing. Prescribing psychologists must maintain a collaborative relationship with the patient’s physician. The law also directs the state board of psychology to work with the state medical board in drafting the implementation rules.

The first meeting to talk about those rules is set for this month, Bethe said.

“Signing this legislation into law is a great step toward increasing accessibility to mental health care for all Iowans, many of whom currently have to wait months or drive long distances to receive treatment,” she said. “We also want to thank Senator [Joe] Bolkcom and Representative [Linda] Miller for sponsoring this legislation, and all the legislators who voted in support of this bill.”

Two-thirds of counties in Iowa do not have a single psychiatrist, making it difficult for patients in need of medication for mental health disorders to receive it from a psychiatrist, the APA said. It can take months to get an appointment. Even if they are able to find a doctor with available appointments, patients may have to drive an hour or more to get care, particularly if they live outside of major urban areas such as Des Moines or Iowa City. This new law will directly address these access issues by increasing the number of available providers to prescribe medications.

A 2014 annual report of health in Iowa issued by the Iowa Department of Public Health revealed that 18.7 percent adults in the state reported having a depressive episode. According to a 2014 report from the Substance Abuse and Mental Health Services Administration covering 2009-13, 51.2 percent of adolescents and 50.7 percent of adults in Iowa with depression and/or a major mental illness did not receive treatment, the APA said.

New Mexico was the first state to pass a prescribing law for psychologists in 2002. Louisiana followed in 2004 and Illinois in 2014.

Bethe believes approximately 10 Iowa psychologists will have the requirements met within a few years – including herself.

Even when a person is able to get an appointment with a psychiatrist (which can take months), she said, “it’s another appointment, travel time, another telling of their story. It seemed to me that we were doing a disservice. That’s why I fought for this for so long.”

One comment on “St. Paul member earns recognition for change in state law”