Editor’s note: Leslie Klipsch of Empower Tanzania and Ann McGlynn of St. Paul will lead a journey to Tanzania, Empowering Women: An immersion trip to Africa, from approximately April 29-May 10, 2018. The itinerary will include visits to a water project, a gender-based violence initiative, a village health clinic, and a club for the area’s most vulnerable children and families. In the evening, time will be devoted to conversation and contemplation. The guiding principles of this time away will be simple: to be with the people of the area, learn about their lives, and be inspired by their work. The cost will be approximately $4,000-$4,300, including a safari. It is limited to 10 people.

An introductory meeting will be held on Thursday, Aug. 10, 7 p.m., at St. Paul. Additional gatherings will be held on evenings in October, January, and March. These times will focus on logistics, learning, and community building. 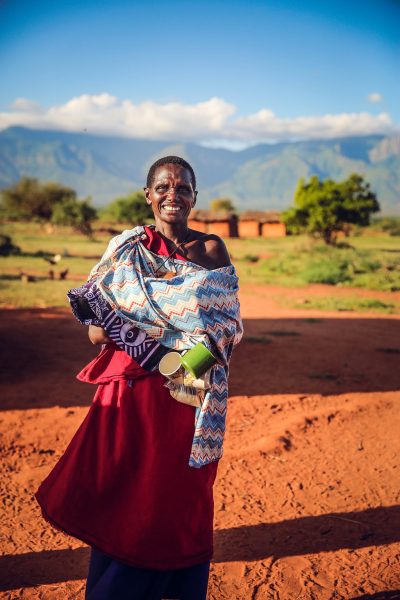 When Efra Nzota interviewed for a job with Empower Tanzania, she told the interviewers that she was one of five girls in her family. She always had the idea that her father was disappointed he had no sons.

“She then set a determined look on her face and in a firm voice said her personal goal was to show him that girls can accomplish just as much as boys,” said Jeff Carithers, MD, who is a volunteer program manager with Empower Tanzania. “She spoke passionately about gender and gender-based violence and her desire to help these victims. To be clear, most Tanzanian women have a demure, almost shy character, speak softly and even seem to avoid eye contact. I clearly remember a strong feeling at the time that this was to be our new employee.”

Efra had recently completed her bachelor’s degree when Empower Tanzania announced that job position. “I can do this,” she said to herself. 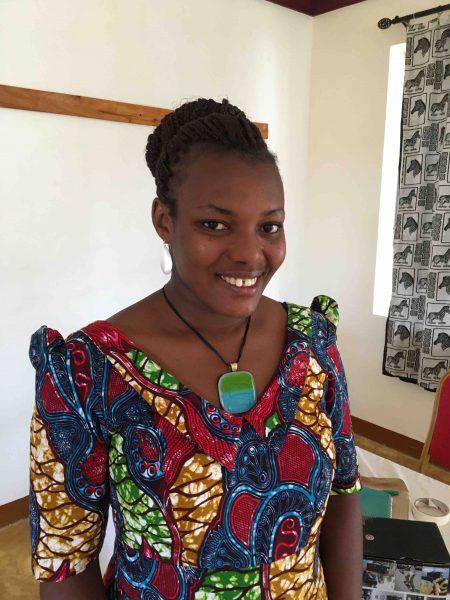 Today, Efra manages three programs for the non-governmental organization that works in rural areas of the country – the Improving Women’s Health program, the Beyond Gender-Based Violence program, and the Community-Hospital Alliance.

“There is no greater joy than seeing women change and adopt new knowledge on how to take good care of their families, have a healthy life, and be empowered,” Efra said. “In Africa in general, everything is scarce – water, food, health facilities, schools. But when women are provided with just simple health knowledge like hand-washing, using safe and clean water, and nutrition, they take that education to their children and their families. This is a greater way of building an educated generation in the future.” 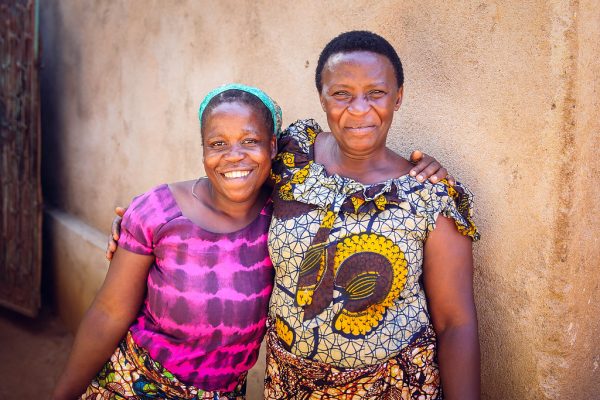 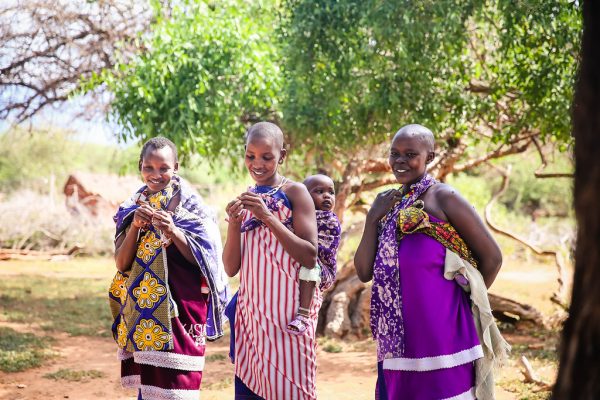 Phil Latessa, who lives in central Iowa, is also on that list of people from the beginning. After years of working as an administrator for private and government organizations in Iowa, Phil serves as the executive director of Empower Tanzania. “When you see what came from where we started…” Phil said, “we’re making a difference.”

Empower Tanzania has trained a bevy of local well mechanics and has repaired and dug wells so that women and children do not need to walk miles for water. They are working with farmers to strengthen farming practices to withstand times of difficult climate. They have education centers that focus on the most vulnerable children of communities, encouraging them to stay in school as long as possible. One such center opened earlier this year, offering English to students so they have a better chance to be accepted into, and then do well in, secondary school.

The programs that Efra leads are focused on women in particular. 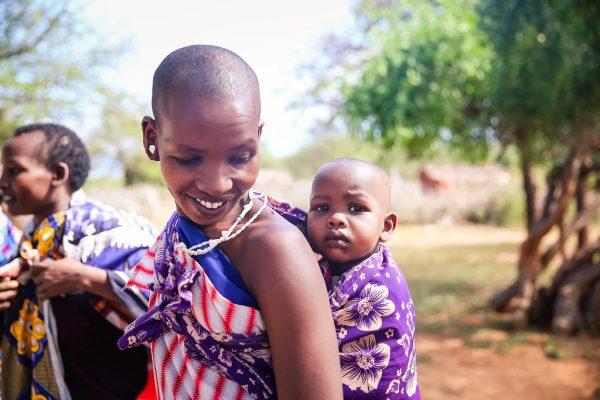 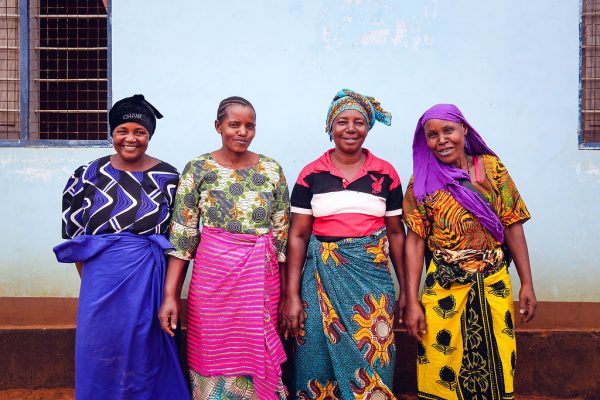 The Improving Women’s Health program: This initiative trained 33 women on basic health education. They are equipped with small, portable projectors loaded with Swahili-language videos, which are now shown to thousands of people monthly. “They are educating their fellow villagers how to prevent communicable diseases and live a healthy life with available resources in their areas,” Efra said.

Beyond Gender-Based Violence program: Ten groups of 10 women, each who have experienced violence from spouses or relatives, participated in counseling for two years. They are now emerging as entrepreneurs leading their own businesses.

Community–Hospital Alliance program: This program centers on the Maasai community, connecting them with health facilities. Most Maasai live in remote areas of the region. Thirty-four Maasai women are now trained as community health workers, providing basic health care in their villages and referring to the closest hospital if needed.

Earlier this year, every single one of the 100 women who are part of the Beyond Gender-Based Violence program gathered together. They were there for further training and to celebrate their transformation from victims to entrepreneurs. The women now run businesses, producing and selling reusable menstrual pads, liquid soap, and fabric. The two-day event was held for many reasons, but a highlight was payment for the sale of their products. For many, it was the first time they had earned income of their very own.

With singing and dancing, they celebrated Efra’s leadership. The women lifted her high into the air in appreciation.

“One big challenge is that for ages, women in Africa have been seen as weak, voiceless, dependent, and less important,” Efra said. “Now things are changing and many women are coming out and expressing their interest in being economically independent.

“But still there are some who live under the shadow of fear. As an organization and as a team, we are still educating them and letting them know that if others can do things and make changes in their life, they can too. This is a process and it needs time to change. We believe that through women, we can change the whole community.” 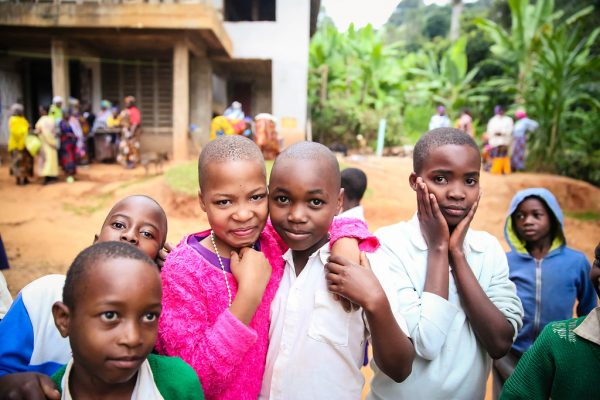 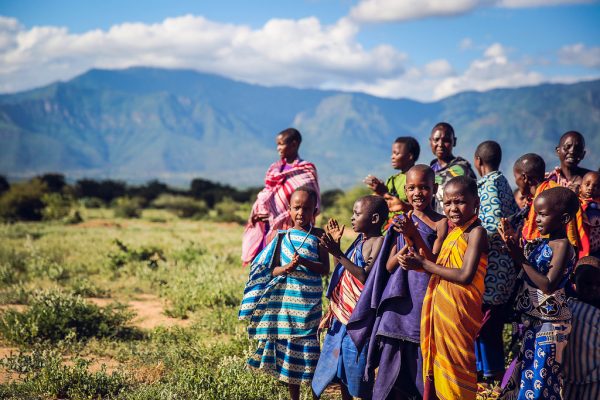 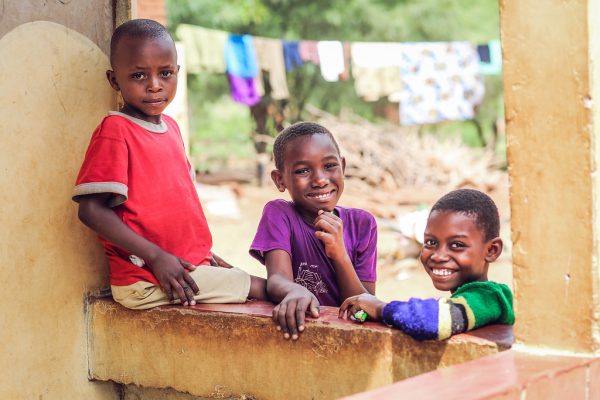 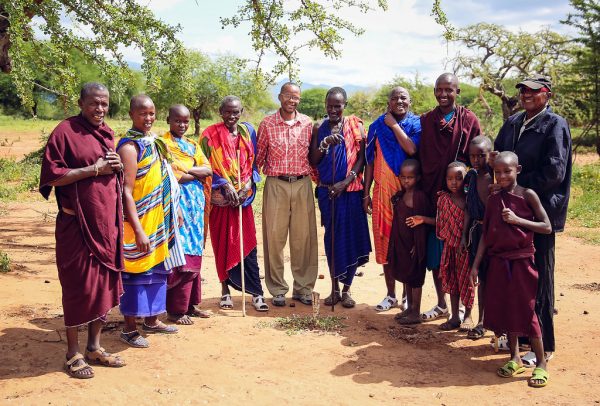