A thrill of hope: Friendship 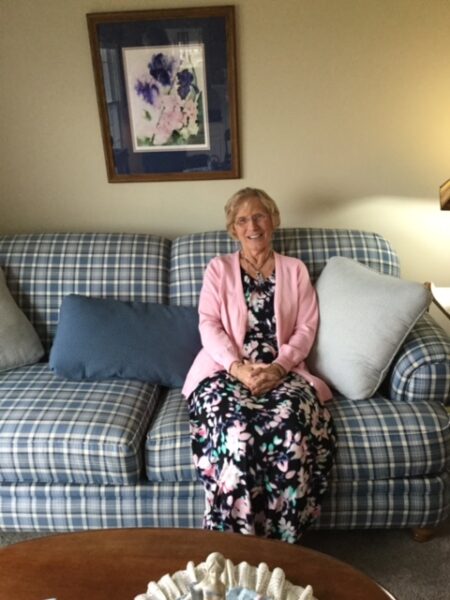 “In a dark time, the eye begins to see” -Theodore Roethke

Fifty years is a long time to be married, but yet not long enough. Bud and I had hoped for more, with fun plans for the future. One March evening in 2014, we had a lovely dinner out with friends. All was great, until Bud fell on the steps outside the restaurant. CRACK was the sound I heard, as his head hit the concrete, sounding like a lead ball at a demolition site. Scroll ahead 4 days….Bud took his last breath at Clarissa Cook Hospice House.

My mind has retraced the experience dozens of times. The few days after the fall are still a blur. Hundreds of cards with beautiful messages arrived for weeks and months. Some from local friends, many from other cities where we lived during our employment with John Deere. Some from Bud’s friends that I had never met through his volunteer work at the local Blood Center. Every card has been read multiple times, usually 10 or 15 at a sitting, because it’s difficult to read through the blur of tears.

Six years later, I feel I can help new widows/widowers by relaying the hope I have for them with their friends. Married friends have continued to include me in their plans. Single friends have been roommates on trips, for dinners in our homes and restaurants, daily walks outside, partners at the bridge and euchre tables, and pew mates at St. Paul.

The “thrill of hope” I have experienced is surely what God intends for us, whatever tragedies we might have to face. All things considered, I’ve had a life filled with rich friendships, often formed through church participation. For that, I am eternally grateful.

Bonnie Fox is an MSW social worker and retired from Black Hawk College after 20 years. Her son, Bradley Fox, M.D., works for Epic Systems in Wisconsin. Her daughter, Elizabeth Fox, works for Unity Point Hospital. Bonnie enjoys cooking, gardening, walking with friends, playing bridge and euchre, and being an active member at St. Paul since 1982.

4 Comments on “A thrill of hope: Friendship”