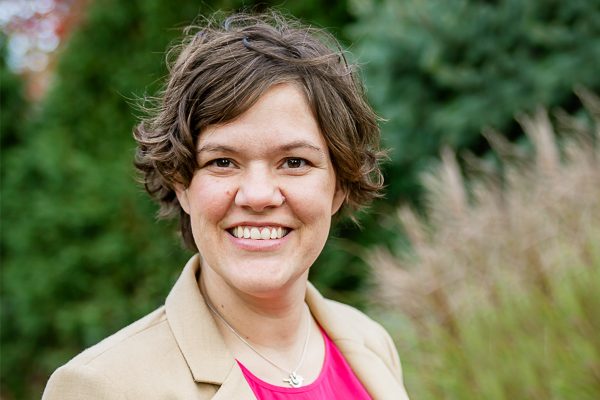 The lunch tables in the mid-1980s at my suburban elementary school were everything you would imagine them to be. They were covered with metal lunch boxes featuring the A-Team, Fraggle Rock and Care Bears; bags with ham and cheese sandwiches, carrot sticks and potato chips.

We spent a lot of time appraising other kids’ lunches – a school kid’s version of the grass always being greener – wishing our parents got better stuff. But sometimes that appraisal turned to judgment. At my school, the teasing was mostly directed to one boy. He was kind and artistic, and his lunch was full of vegetables. It wasn’t just carrot sticks. The beets and zucchini were just different enough to draw out the worst of us kids.

At home one night, my dad asked if anything interesting happened at lunch. I told him about this vegetable eating kid, and how weird I thought it was that he ate all those funny vegetables. My dad interrupted me, his voice serious. “It’s not weird. It’s just different,” he said. “Maybe instead of judging him, you can ask him about those veggies, and why he likes them.”

So, the next day, I made sure I sat next to him at lunch. As I ate my PB & J, I asked about the vegetable he was eating that I’d never seen before. He told it was called jicama, and that it was delicious. I asked why he ate so many vegetables, and he said, “my family is vegetarian. We really care about animals and the planet.” As we kept talking, his vegetables stopped being weird but became a testament to his character, another sign of his kindness.

Our adult lives are not so much different than my school lunchroom. The stuff that makes us different might be more complicated, but we tend to be quick to judge, to write-off those who we think disagree with us. But what might happen if we follow my dad’s advice and instead of condemning or categorizing, we ask questions? What could happen when we shift our judgment into curiosity?

Judgment tends to cut off relationships, divide communities, and limit the possibility of working together for good. But curiosity does just the opposite – it deepens relationship, builds community, and helps us discover that there might be some shared values underneath the differences. Asking questions and listening helps us see beyond the polarization and into the beautifully complicated depth of others.

In his letters, the apostle Paul wrote repeatedly about living in community and reminds us to “let no evil talk come out of your mouths, but only what is useful for building up” (Ephesians 4:29). This building up can happen, as we move from quick and divisive judgment, to intentional and compassionate curiosity.