It started in a jail cell. It expanded to a mobile home. It moved into a couple of buildings. Now, an organization called One Eighty is on a $1.5 million course to revitalize a half-city block.

Rusty Boruff is a convicted felon who spent time in jail because of his failed attempts to feed a drug addiction. He’s now dedicated his life to prevention and healing people who are abused, addicted, incarcerated, homeless, forgotten.

“We love the people in this community. We feel this community is worth investing in,” said Rusty, the founder and executive director of One Eighty. 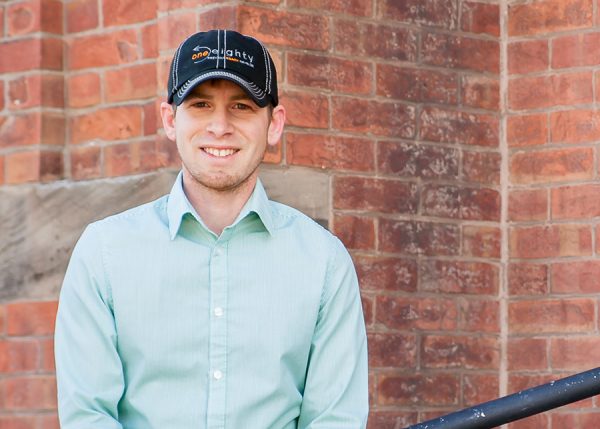 Rusty had a pretty normal upbringing, one that included church, he said. But he got into alcohol and drugs in high school. He found himself homeless at age 18, doing whatever he could to feed his addiction and survive. He slept in a van, broke into people’s homes. With a son on the way, he was arrested and sent to jail.

A man named Merle, in his 90s, came to visit Rusty in the Mercer County Jail. He visited every single Sunday. It was never what Merle really said that made the biggest impact, Rusty said, it’s what he showed him: God forgave him. Someone believed in him.

When Rusty got out of jail, he knew that his life would be devoted to helping others. He and a few friends bought a mobile home for $500, a place for men leaving incarceration to come and stay. That grew to a few buildings in Davenport. Today, One Eighty is a 12-month residential program for 18 men and 10 women. It includes enterprises that provide employment training and opportunities and affordable housing for 25 men and women. A school outreach initiative offers a baseball league, afterschool program, a food pantry, mentoring, and clothing and household item donations.

Eighteen staff members work at One Eighty. Each month, upwards of 300 volunteers lend a hand. In April, One Eighty purchased the half-block at 6th and Marquette Streets.

Nearly 20 years ago, the neighborhood in Davenport took a big hit. A beloved school closed, and a neighborhood that already had its share of challenges added more struggling buildings to the list of hardships. Over the years, groups tried to keep the campus – which included a shuttered church, rectory, and convent – going, but it never quite stabilized. In one weekend, One Eighty volunteers, staff, and participants remodeled, painted, cleaned up, and cleared out the property. It was enough to move many of the organization’s initiatives into one place.

The old Catholic church is now offices and meeting spaces. The large rectory is home to the men in the residential program. The convent is called stability housing – for those who have graduated the program but want to remain connected. A nearby house on Marquette Street is where women live. The school has the donation center, and will be rehabbed to serve as classrooms, library, computer lab, gym, and music and art rooms for the community. It will be called the One Eighty Achievement Center.

The goal? To prevent crisis, poverty, and addiction before it happens; to reach out to those who are experiencing those three circumstances; and develop them so that they can live healthy, thriving lives. “We will change this neighborhood from the inside out,” Rusty said.

Becky Taylor’s only friend dropped her off at the only place she thought could help. Two weeks later, Becky picked up the phone and begged her friend to come and get her. It was the summer of 2014. She thought she couldn’t take being there any longer. The friend said no. There was no one else to call. So Becky had to stay.

“I was angry,” she said. “But deep down, I knew what I didn’t want was exactly what I needed.”

A life of heroin addiction and violence had taken its toll. She lied, stole, and hurt a lot of people. She had been married and divorced three times, and lost custody of all six of her children. A year later, she graduated from the One Eighty residential program. Today, Becky is on staff at One Eighty. She manages the candle-making business, is launching a commercial cleaning business, and is the night and weekend supervisor at the women’s house.

And she knows she is loved unconditionally. 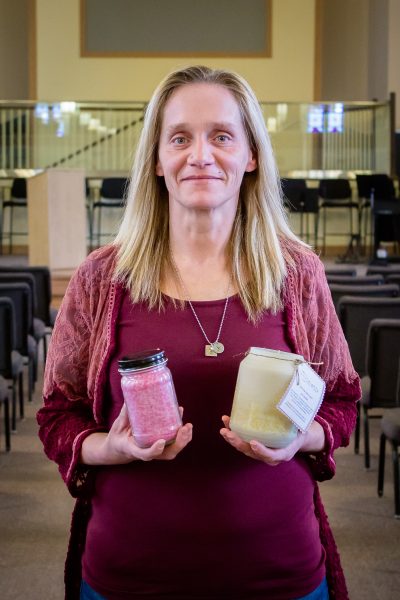 Becky’s childhood was hard. She started drinking at 14, and was married and pregnant by 18. Her first husband physically abused her. He beat her so badly when she was pregnant with her fourth child that she knew she had to leave. Her second husband was even worse, she said. They owned a bar together, where she bartended. He would beat her, to the point where she could barely move, then he would give her pain pills so she could work the bar. Her third husband emotionally abused her.

“I sunk into a hole, I didn’t care who I was hurting. I had no education, no job, no nothing…no self-esteem,” she said. “I hit bottom.”

Heroin was part of her life. Addiction to the drug was, too. She met a woman at a domestic violence shelter and they became friends. It is that friend who dropped her off at One Eighty two and a half years ago. “She never gave up on me. There had never been anyone in my life who didn’t give up on me.”

When her friend declined to come and get her, Becky got to work. One of her most important goals was to earn her GED. She studied and studied. Tutors and others at One Eighty cheered her on. “All of that support is what did it.” Becky passed.

Meanwhile, she attended One Eighty’s daily Bible studies, classes, and employment program. When she relapsed, the people at One Eighty stood by her. “Somebody loving me unconditionally? I never had that. I have that here.”

When asked about what her dreams are, Becky paused. “God has got me in such a wonderful place here. I always wanted to help somebody in the situation I was in. I have the chance to show others that I was there, too. And look at where I am today.”

The St. Paul Book Corner carries the candles made by the people who are a part of the One Eighty residential program. St. Paul will support One Eighty with a donation of $3,000 in 2017. One Eighty’s cleaning enterprise will soon care for some of St. Paul’s spaces.

To learn more about One Eighty and its enterprises, and to take a video tour of the campus, visit www.oneeighty.org.