Last night, St. Paul middle schoolers observed the season of Advent. All of it. In less than two hours. But, please, don’t try this at home.

678 is a gathering of – you guessed it – sixth, seventh, and eighth grade students that happens on the fourth or fifth Wednesdays of most months and intentionally includes our sixth grade students who won’t be part of our confirmation program until next year. Because of the Thanksgiving and Christmas holidays, this group doesn’t usually gather during the season of Advent, but an extra Wednesday in November made this year an exception and gave us a unique opportunity. 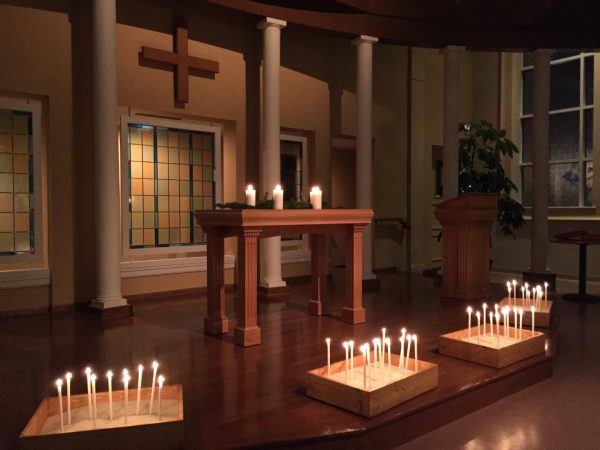 It was a progressive sort of gathering that included stops in four different spaces within the church. We started in Fellowship Hall and ended in the Chapel. In each place, we read and contemplated the passage from Isaiah assigned for the corresponding Sunday in Advent, lit a candle, completed a short activity, and sang a song or two. In those passages from Isaiah, we saw powerful images – swords into ploughshares, wolves and lambs resting together, blooming deserts – that gave us snapshots of God’s vision for the world.

At our last stop, in the Chapel, we heard the prophecy concerning a young woman giving birth to a son who would be named Immanuel (Isaiah 7:14).  We remembered that the birth of Jesus was a sign that all God’s promises were beginning to be fulfilled. But we also remembered that the picture of what God wants for the world is still blurry. So there each student lit a candle as a symbol of what each one hopes and longs for in their lives and in the world as we wait for God’s vision to come into focus. 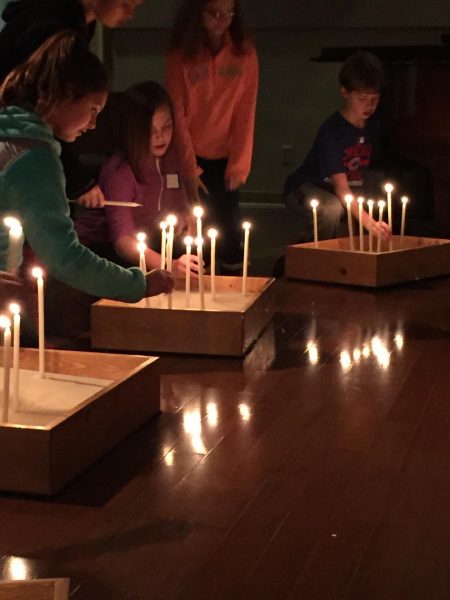 Again, please don’t try this accelerated Advent at home.  Do the opposite, in fact: stretch Advent out as much as you can.  Regardless of pace, though, take heart from the promise that the God who fulfills the world’s deepest longings is already on the way to us.