Women of many hats

There are berets and baseball caps, cloches and fedoras, hard hats, Panama hats, and pillboxes, too. They can be for work, play, or for times when fashionable dressing up is the thing to do. Hats can be reverent or spunky, cause controversy or calm. They keep the sun off our faces, shield our ears from the bitter cold.

Many religious traditions have hats or headdresses, outward symbols of a person’s faith. A handful of St. Paul women regularly wear hats to church. Some of the hats are new, some are old. Each has their own story. 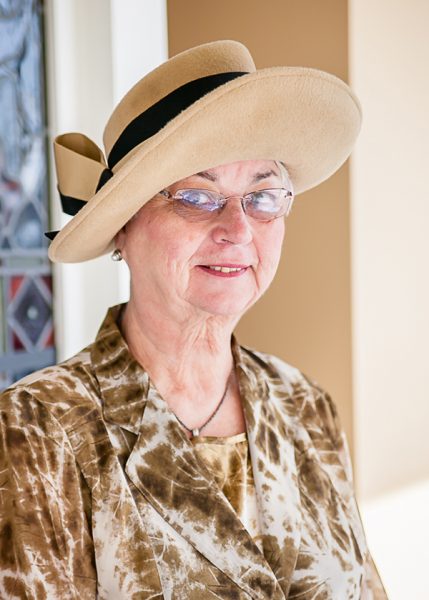 Marlene Marolf is pretty sure she was born with a bonnet on. She wasn’t raised Catholic, but many of the families in her New Jersey neighborhood were Catholic. They all wore hats, so she did too.

At Easter time, her family would get all dressed up for worship with their hats and then visit the seashore to walk the boardwalk in an Easter parade of sorts.

Marlene, who served in the Marine Corps as a clerk/typist during Vietnam, also treasures her Marine Corps cap. She often is part of the honor guard at veteran funerals, and she has to wear a cover (a military term for hat) when she assists. Marlene works part-time at the American Legion in Davenport.

She doesn’t know how many hats she has. “They find me,” she said, noting one recent discovery on sale for $11. “I don’t find them. I have hats for all purposes.” 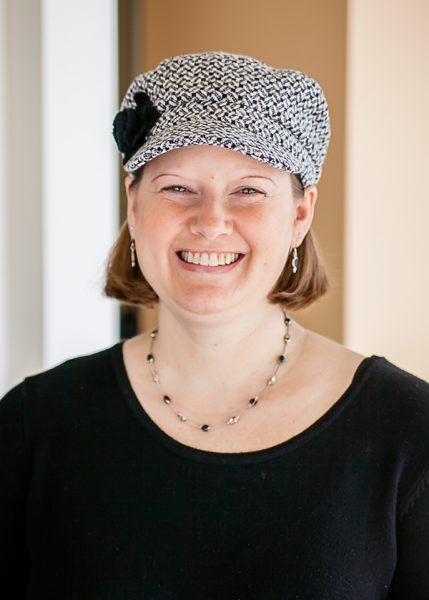 A way to be unique

Lisa Ball wore hats from time to time, starting in college, to save time. As the years went on, she started wearing them more often.

“With all the choices in fashion for women, hats are rarely seen, so it’s a way to be unique. They are just like jewelry or shoes, an added touch to an outfit,” she said. “They also save time on styling my hair.”

Lisa has hats for every season, some dressy and some casual. She really couldn’t choose a favorite one when asked. “I also love wearing hats with my 8-year-old daughter Gracie. She has several hats herself. It’s something fun for us to share.”

And how do people usually react to her hats? “I often get a compliment or simply a smile,” she said. “Some people have commented how they are jealous because that can’t pull off wearing a hat.” 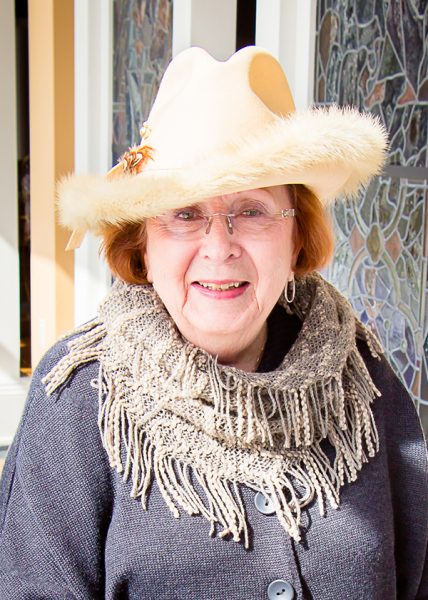 Sandy Partridge’s mother always wore a hat to church, as did she and her sister. When Sandy’s girls were growing up, they wore hats, too.

“That was a long time ago,” she said. As time went on, Sandy stopped wearing hats. Then one day…

“My husband I were talking about old times and how we used to wear gloves and everything to match, and how I loved wearing hats. I’d kept a lot of my old hats. Jim thought that since I loved them, I should wear them.”

So Sandy brought out the old, and added in a few new. Now, she says, “I’m a hat collector!” Her collections include antique hats that she’s purchased at estate sales and other places. 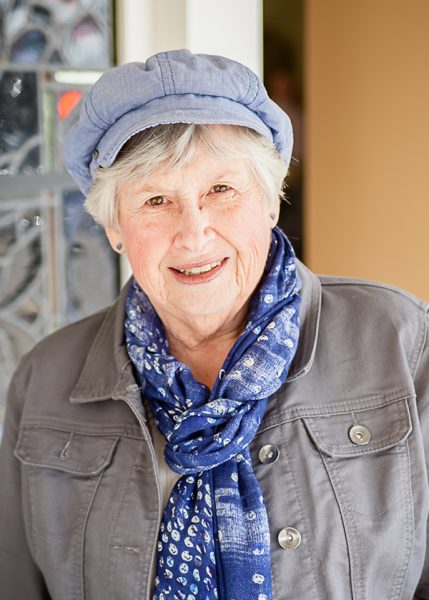 People will often ask about Jeanne Withycombe’s hats. It all began with her mother, who enjoyed wearing a blue one quite often.

“One day I was missing her dreadfully, and decided to wear mom’s blue hat. It was as if she were right beside me. The rest is history, as they say.”

Dorothy Iris Juckem was born in August 1915 in Wisconsin. She died in January 2008, after a life of service. She was a teacher, and was a leader in Girl Scouting, awarded the “Thanks Badge,” Girl Scouts’ highest award for volunteers. She was one of the first Meals on Wheels drivers in Davenport, and active in several additional organizations and her church.

“My mother was a gentle lady with an inner strength of character that allowed her to be a successful leader in large and many small ways. Our last years together taught me that she was a person one could emulate, and in so doing become a good person.”

2 Comments on “Women of many hats”