On the first Wednesday evenings of the month, a crew of people with money in their hands and kindness in their hearts visit two laundromats in the Quad Cities. One is in Rock Island, one is in Davenport.

They set the washers washing and the dryers drying with quarters in Rock Island and reloadable swipe cards in Davenport. They ask for nothing in return from the people who come. Some know it’s the night for Laundry Love and come every month, others walk in without knowing of the joyful surprise that awaits.

Gratefulness abounds, said Jason Holtgrewe, the pastor of Connection Quad Cities, a congregation that is at the center of Laundry Love Quad Cities.

The St. Paul Mission Board recently approved a gift of $1,000 for Laundry Love. The money will take care of one month worth of laundry for dozens of families.

The goal of the initiative: Alleviate the financial burden of washing and drying clothes so individuals and families can spend their money on other necessities – like food, shelter, utilities, medicine, transportation.

The why? Our hope is we’re giving hope: that God isn’t abandoning this world but embracing it, that God is creating a new world right here in the midst of this one, that anyone and everyone isn’t forgotten but remembered.

Jason works with Brandon Carleton, who first learned about the concept a couple of years ago at a conference. The idea sparked in their hearts, and Laundry Love QC was born.

The national movement began more than a dozen years ago because of a conversation with a man named T-Bone. He was living homeless in Ventura, California. Someone asked him a question: “T-Bone, how can we come alongside your life in a way that would matter?” T-Bone responded: “If I had clean clothes I think people would treat me like a human being.”

To date an estimated one million loads of laundry have been done nationwide, with more than 750,000 people cared for – each with a story, including this one from a recent Quad City night:

A guy there for the first time pulled one of us aside as he was leaving the laundromat. His arms were full of his newly washed and dried clothes. “Thank you,” he said. “I had to choose between putting gas in my car and having clean clothes. Now I can do both.”For some, it comes down to basic needs like that: “Will I wear clean clothes or fill up my car?” “Will my kids have to go to school again with smelly clothes?” 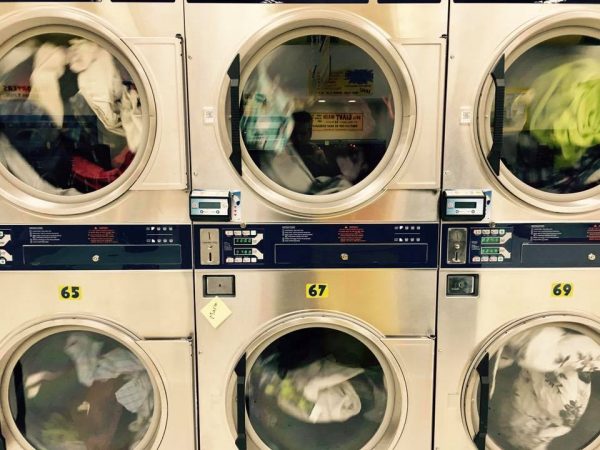